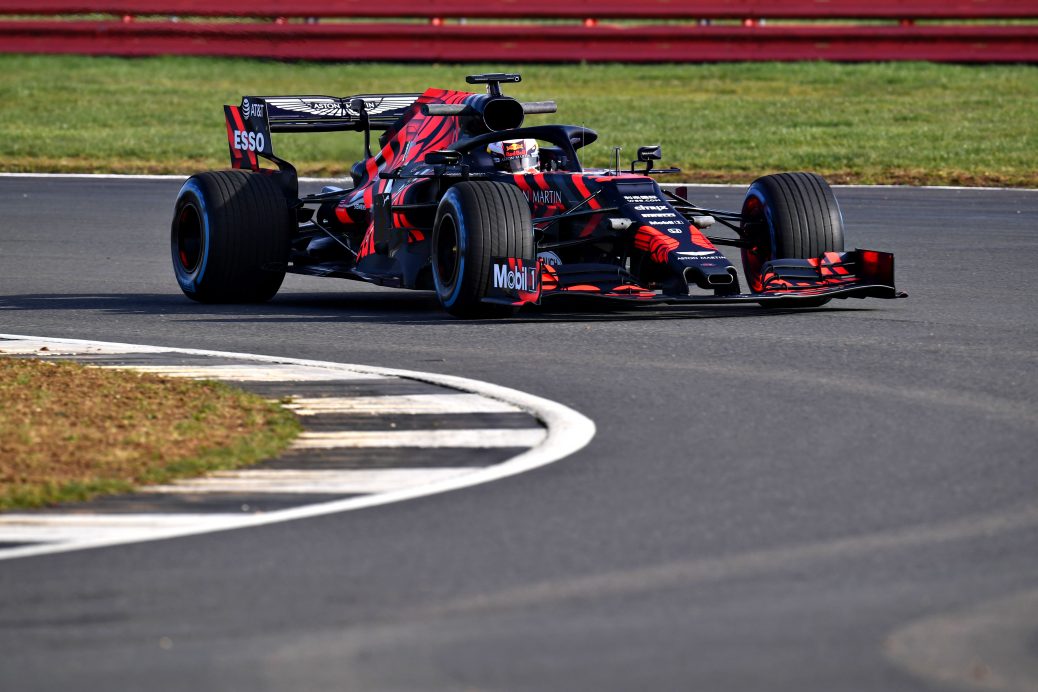 Red Bull reveals its first-ever F1 car to be powered by Honda as it becomes the latest team to unveil its 2019 challenger.
Red Bull has launched its first-ever Formula 1 car to be powered by Honda ahead of the 2019 season, featuring a dramatic “special edition” livery.
Having been unable to pull off a title challenge with long-term engine suppliers Renault during the V6 hybrid era, Red Bull has opted for the same Honda power units used by its sister squad Toro Rosso for the upcoming campaign.