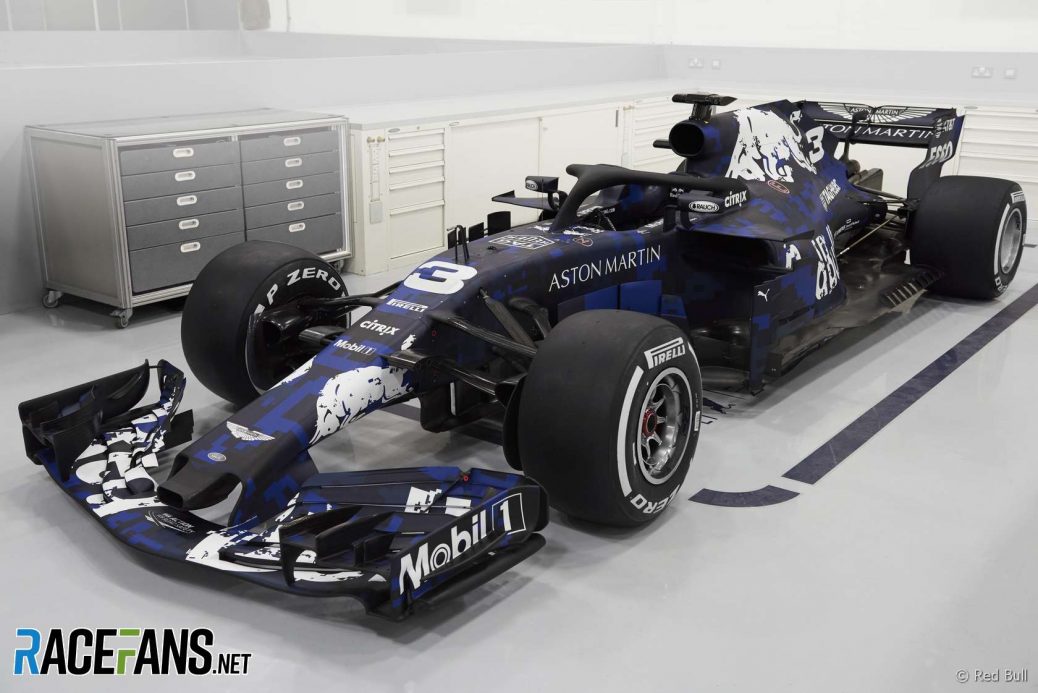 Red Bull will reveal their new car for the 2019 F1 season on February 13th, the team has confirmed.
The RB15, the team’s first Honda-powered car, will break cover on the same day as Mercedes reveals its W10.
Red Bull’s junior team Toro Rosso is currently set to be the first team to reveal its new car for the 2019 season, one week from today.
Pre-season testing at the Circuit de Catalunya is due to begin five days after the Red Bull launch.
Williams is the only team yet to confirm any pre-season launch plans.