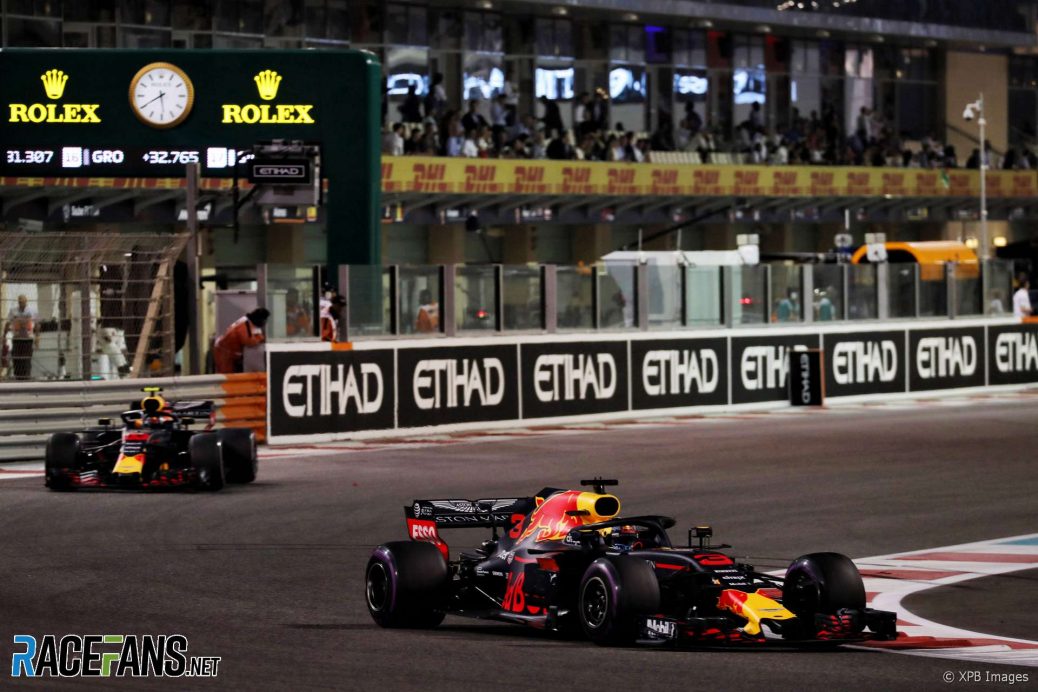 Red Bull believed Daniel Ricciardo had a genuine chance to win the Abu Dhabi Grand Prix when they saw how quick he was after his pit stop.
Red Bull team principal Christian Horner said the team’s strategy was to “give him the best tyre for the second half of the race.”
The team thought Ricciardo had a chance to repeat his victory in China, where he used a fresher set of tyres to overtake five cars and win the race.
“When he came out of it and went two seconds a lap quicker than the leaders we thought this would be another China,” said Christian Horner.