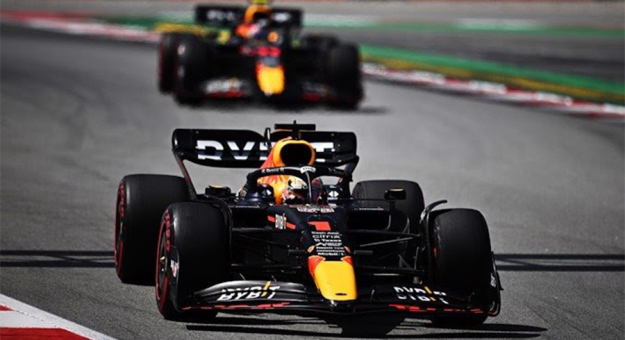 BARCELONA, Spain — It was an Oracle Red Bull Racing theme at the top of the podium in Sunday’s Spanish Grand Prix, with world champion Max Verstappen taking the victory, alongside teammate, Sergio Perez, in second. “It’s great to finish the race today alongside Checo with a first and second place,” Verstappen said. I lost a few positions through that and as soon as I wanted to attack, my DRS stopped working. We are on a good trajectory and we can be proud of that as a team, but as you can see, some things are fragile and we need to keep on working hard, we have to be on top of everything.”. I’m just so proud to be standing here on the podium and bring it home for the team,” Russell said. The Haas F1 Team had a trying day, after seeing both drivers start the race in the top ten.