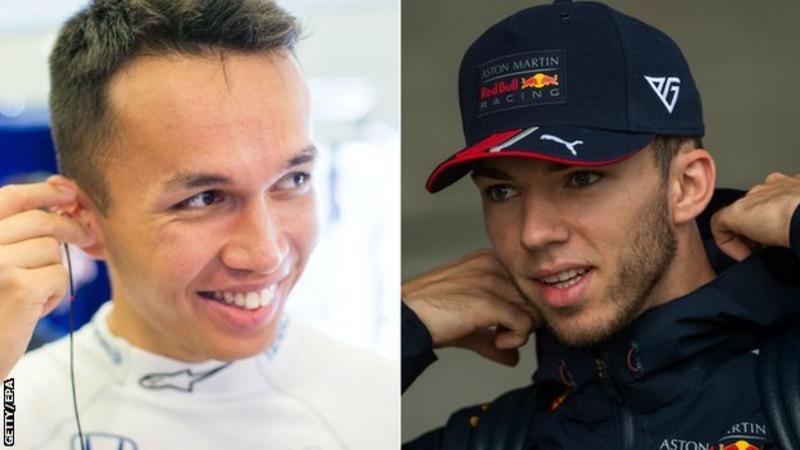 Red Bull will replace French driver driver Pierre Gasly with Alexander Albon for the rest of the season.
Thai Albon, 23, has been promoted from the team’s sister outfit, Toro Rosso, with Gasly going the other way.
Gasly, 23, is sixth in the championship with 63 points.
In Gasly’s last outing in Hungary – the final race before a mid-season break – he finished sixth and was lapped by Verstappen, who finished second behind championship leader Lewis Hamilton.
Red Bull team principal Christian Horner said after the race: “Pierre really needs to take some time out during the break, reflect, and take the lessons into the second part of the year.