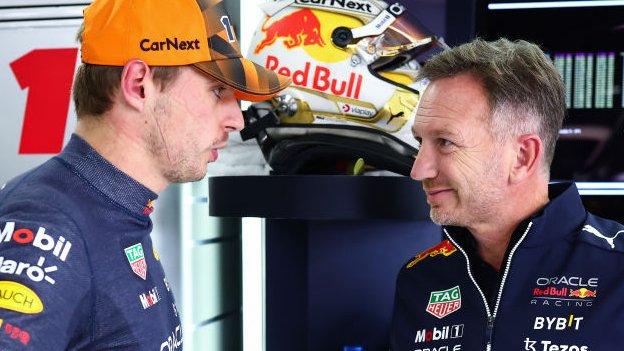 Red Bull have accused their rivals of waging a “concerted campaign for a draconian penalty” for them breaking Formula 1’s budget cap. Team principal Christian Horner said that “what is in contention is a couple of hundred thousand dollars” in the team’s financial submissions for 2021. Governing body the FIA has offered Red Bull a so-called breach agreement detailing a suggested penalty. Horner said Red Bull were in talks over this and “wanted closure on 2021”. Horner’s remarks come in the wake of a letter McLaren Racing chief executive Zak Brown wrote last week, and which was first reported by BBC Sport, that said Red Bull breaching the $145m (£114m) cap in 2021 “constitutes cheating”. Red Bull have been found guilty of both a ‘minor’ and a ‘procedural’ breach of the financial regulations. Horner said the 5% window and number of possible punishments listed in the regulations “have contributed to a concerted campaign for there to be a draconian penalty on Red Bull for what at the end of the day we are taking what is probably in contention with the FIA is a couple of hundred thousand dollars.”. Horner said that that he was “appalled at the behaviour of some of our competitors”, adding that children of Red Bull employees had been bullied in school playgrounds. Horner said Red Bull hoped to resolve the talks with the FIA over the breach before the end of the US Grand Prix weekend, but was not able to say whether that would be possible. “It could draw it out for another six or nine months,” Horner said. Horner said that a rule clarification in June – three months after teams had to hand their final 2021 accounts to the FIA – had changed the way unused parts were assessed under the cap and “had a seven-digit effect on our submission”. Horner said: “We had zero benefit from a development or operational perspective either in 2021 or 2022 from the way we operated in the cap.