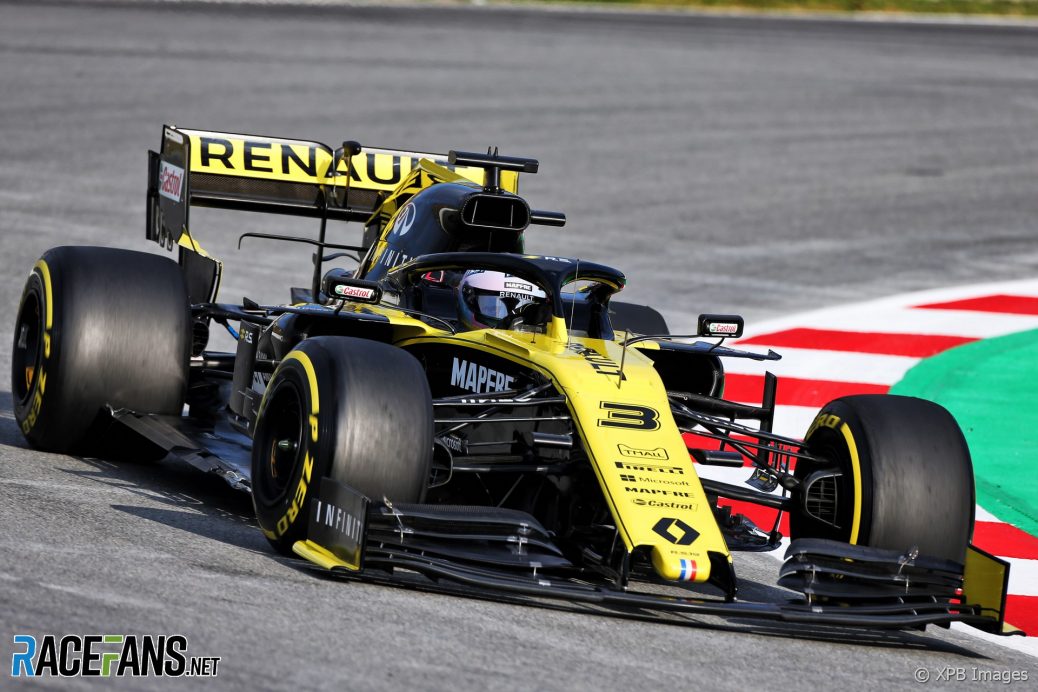 Daniel Ricciardo described the moment he suffered a high-speed rear wing failure on his Renault during testing this morning.
The DRS flap on Ricciardo’s RS19 failed as he was accelerating along the longest straight at the Circuit de Catalunya.
Asked for his impressions of the new rear wing, which has been enlarged for 2019, Ricciardo joked: “When it was on and it was okay.
Daniel Ricciardo: “But when it broke it’s like going into the corner with the DRS open.”
Although Ricciardo managed not to hit anything the failure has disrupted Renault’s progress on the second day of pre-season testing.