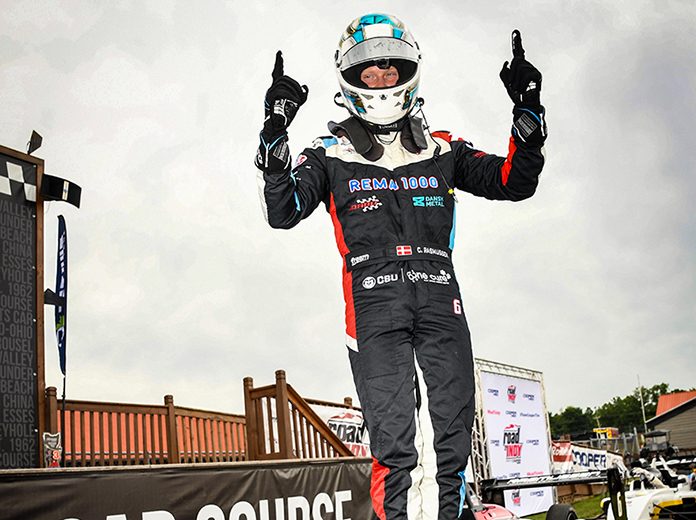 LEXINGTON, Ohio – Christian Rasmussen swept all three races that comprised the USF2000 Grand Prix of Mid-Ohio Presented by Cooper Tires Honoring First Responders over the past two days at the Mid-Ohio Sports Car Course for Jay Howard Driver Development. Gold also finished third in Thursday afternoon’s second race behind teammate Michael d’Orlando. A busy day of action for the Cooper Tires USF2000 Championship teams and drivers began at 8 a.m. with a qualifying session to set the starting grid for the first of two 20-lap races. Once again Rasmussen was in control, snagging his third Cooper Tires Pole Award of the season. Behind, all eyes were centered on the scrap for second between teammates Gold and d’Orlando, who muscled past soon after the restart and narrowly held onto his position throughout the 20-lap race.