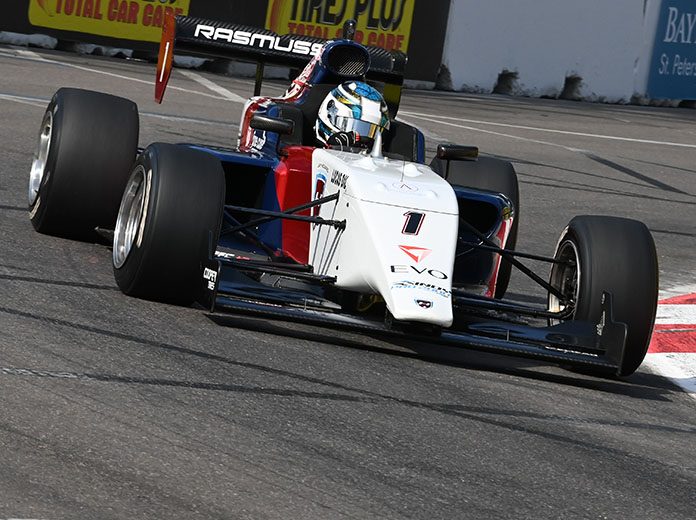 ST. PETERSBURG, Fla. – Denmark’s Christian Rasmussen claimed a stylish maiden Indy Pro 2000 Championship Presented by Cooper Tires victory Sunday morning on the streets of St. Petersburg for the Jay Howard Driver Development team. McElrea entered the second leg of the Indy Pro 2000 Grand Prix of St. Petersburg Presented by Cooper Tires on a high after adding his first Cooper Tires Pole Award in qualifying on Friday to the maiden victory he scored on the very same streets in the 2020 season finale. McElrea was forced to defend his pole advantage at the first corner from Rasmussen, who started second, and it was more of the same when the race resumed following a full-course caution due to incidents further down the field on the opening lap. While Rasmussen motored into the distance, there was no respite for McElrea.