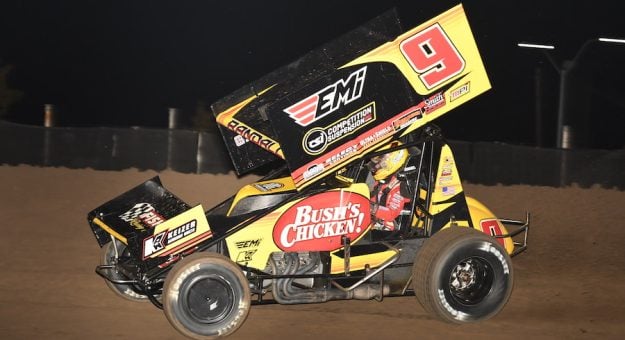 Randall Breaks Through At Merced

MERCED, Calif. — For Chase Randall, it wasn’t a question of if he’d win a sprint car race at Merced Speedway but when, and that question was answered on Thanksgiving Eve. Heading into Wednesday’s race, Randall had three consecutive sprint car top-five finishes at the quarter-mile including a pair of podiums. Scelzi reeled in Grasty and slipped by on the bottom of turns three and four, securing the top spot just before another yellow flew. After being passed, Scelzi adjusted his line to keep Macedo just ahead. Scelzi rolled the bottom of turns three and four to draw alongside him. “That was an up and down race for me in the car,” Randall said.