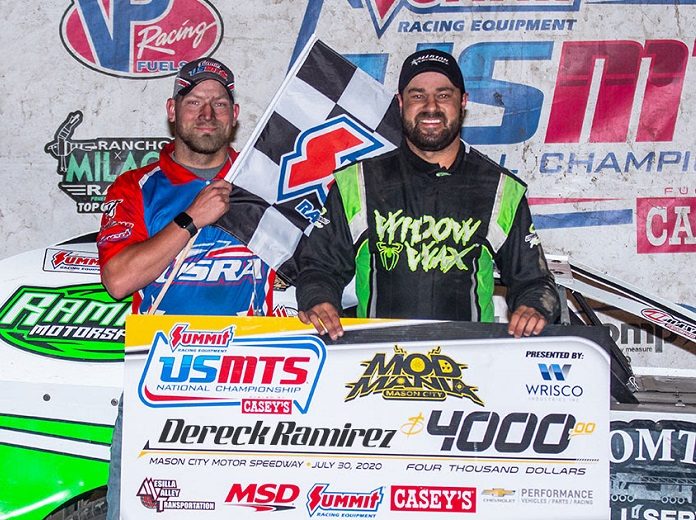 MASON CITY, Iowa – As of Thursday night, Dereck Ramirez has four wins in this year’s Summit USMTS National Championship fueled by Casey’s. Sybesma Graphics Pole Award winner Lucas Schott jumped out to lead the first 19 laps, with Sanders chasing him around the third-mile dirt oval. Sanders edged in front to lead the 19th lap, but Schott reclaimed the lead the next time around. Following a caution on lap 23 for a tangle between top-five contenders Tanner Mullens and Alex Williamson, Sanders again wrestled the lead away from Schott with 24 circuits in the books. After a couple of side-by-side orbits, Ramirez took the lead for good on lap 26. (4) 4R Dereck Ramirez, Woodward, Okla., Hughes/Cornett, 40. (1) 69 Lucas Schott, Chatfield, Minn., MBCustoms/Stoen, 40. (10) 49JR Jake Timm, Winona, Minn., MBCustoms/OFI, 40.