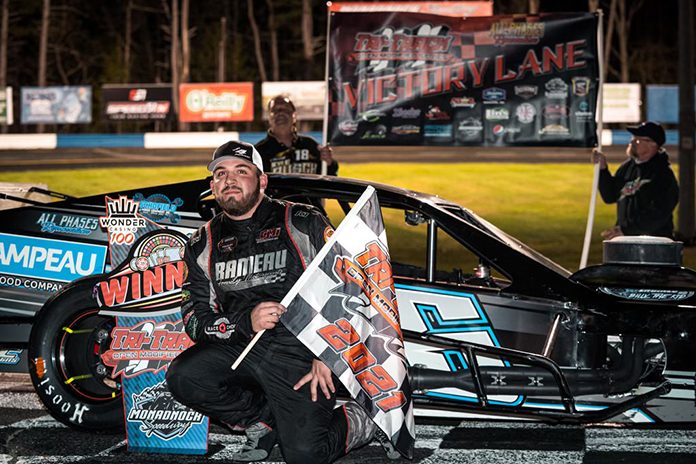 WINCHESTER, N.H. — Sam Rameau had to work for it, but he was not going to be denied during Saturday’s opening race of the season for the Tri Track Open Modified Series at Monadnock Speedway. In the Wonder Casino 100, Rameau made a late pass on Ron Silk to score the $6,000 winning check — besting more than 30 cars that showed up to the Winchester, N.H., oval. Silk crossed the line second, with defending series champion Matt Hirschman third. “With 40 laps to go, I said there was no way we were winning the race. Ben Byrne was sixth, followed by Woody Pitkat, Anthony Nocella, NASCAR Cup Series driver Ryan Preece and Joey Cipriano III.