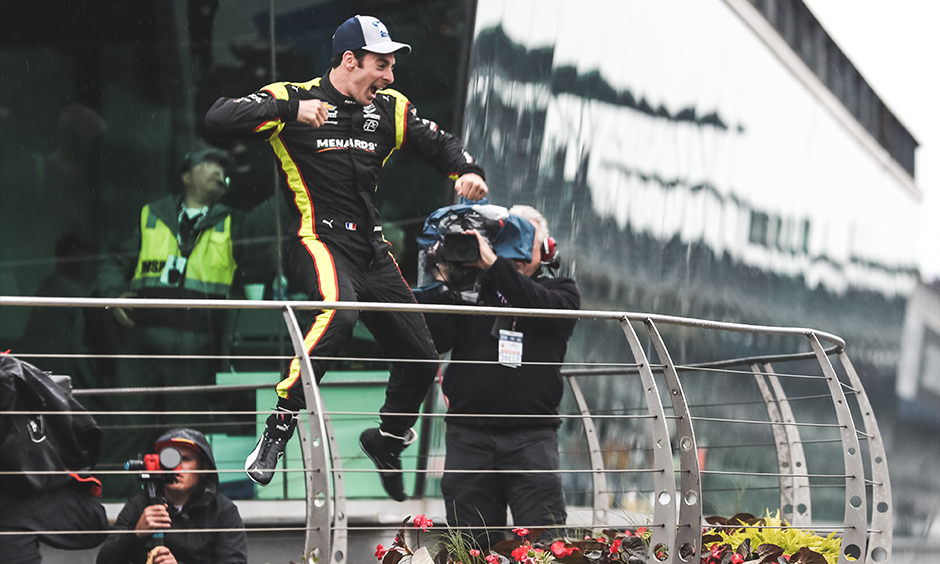 Moyer decided to forego track position for rain tires by asking Simon Pagenaud to pit from the lead under caution with 22 laps remaining in the INDYCAR Grand Prix at Indianapolis Motor Speedway.
The decision dropped Pagenaud and the No. 22 Menards Team Penske Chevrolet back to sixth place, but Pagenaud used the newfound grip and his skill at racing in the rain to pass five drivers – including Scott Dixon for the lead on the final lap – to win the sixth annual NTT IndyCar Series event on the IMS road course for a third time.
“Quite frankly, in France it rains all the time, especially where I’m from,” the 34-year-old Pagenaud said.