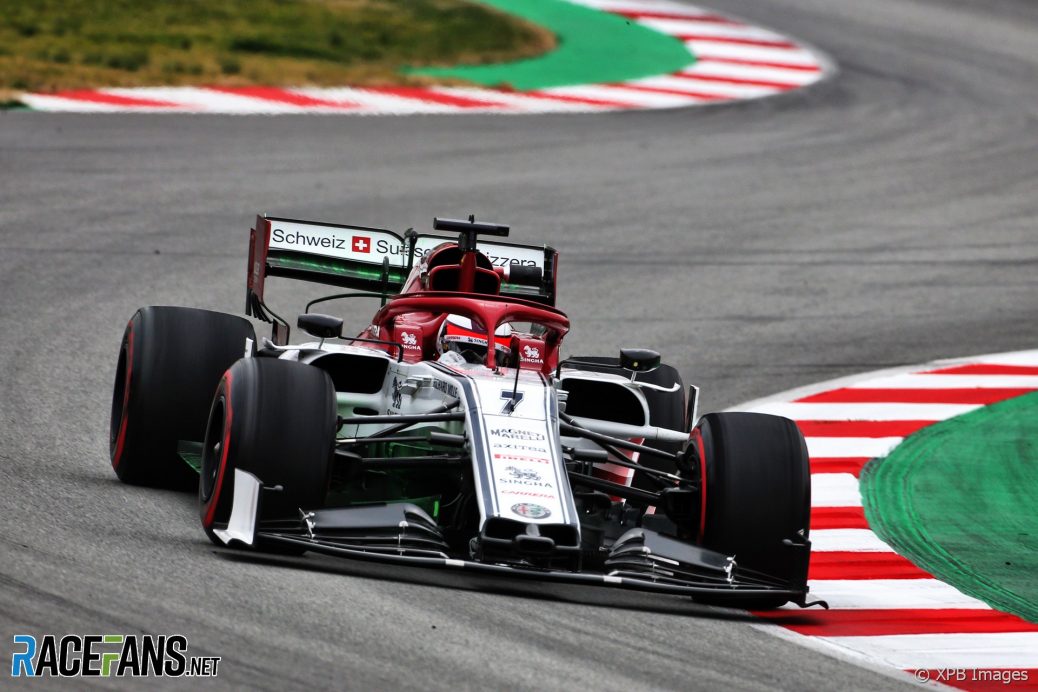 Kimi Raikkonen revealed a little more of Alfa Romeo’s potential by setting the fastest lap of testing so far during the morning session at the Circuit de Catalunya.
Using a set of C4 tyres, the second-softest compound available, Raikkonen produced a lap of 1’17.762, cutting nearly four-tenths of a second of the previous best time set by Sebastian Vettel on Monday.
The Ferrari driver had to settle for the second-fastest time.
Nico Hulkenberg led another three teams who improved on their best time of the test so far.