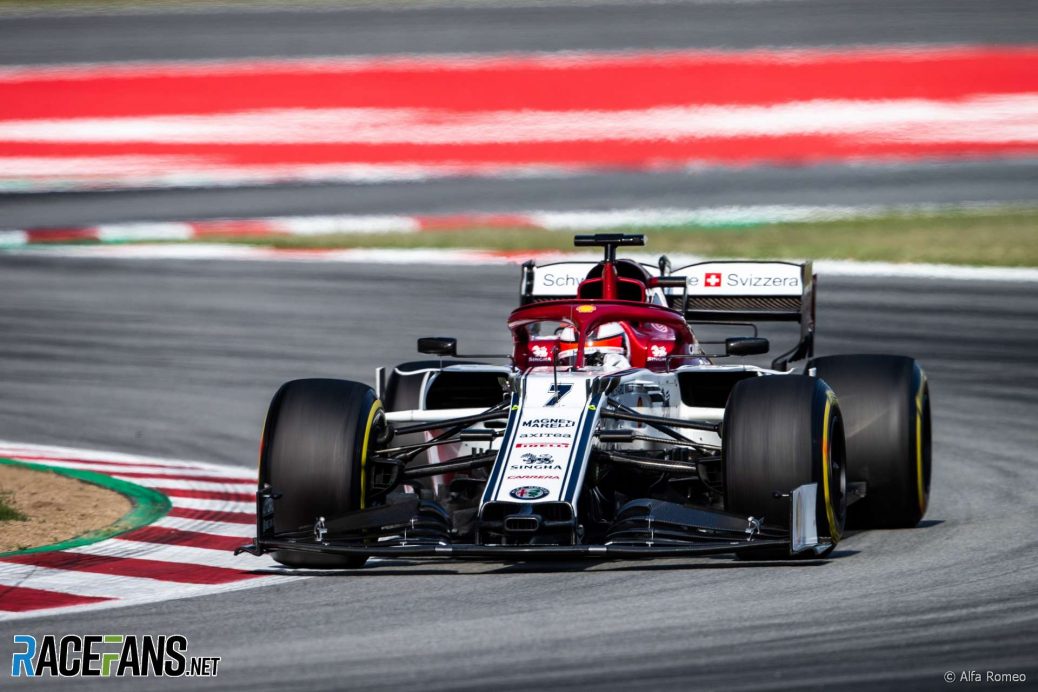 Kimi Raikkonen says Alfa Romeo used the post-race test at the Circuit de Catalunya to understand why it suffered its first point-less outing last weekend.
Kimi Raikkonen: “But nevertheless I think we had a good day.”
Kimi Raikkonen: “I think if we do the weekend again we would be stronger but nevertheless it was an OK day.”
Raikkonen, who covered 110 laps during the test, had to use a different chassis following Ilott’s crash.
The team ran through a mixture of set-up changes and new components on Wednesday, which Raikkonen believes has given them information which will be useful at other circuits as well.