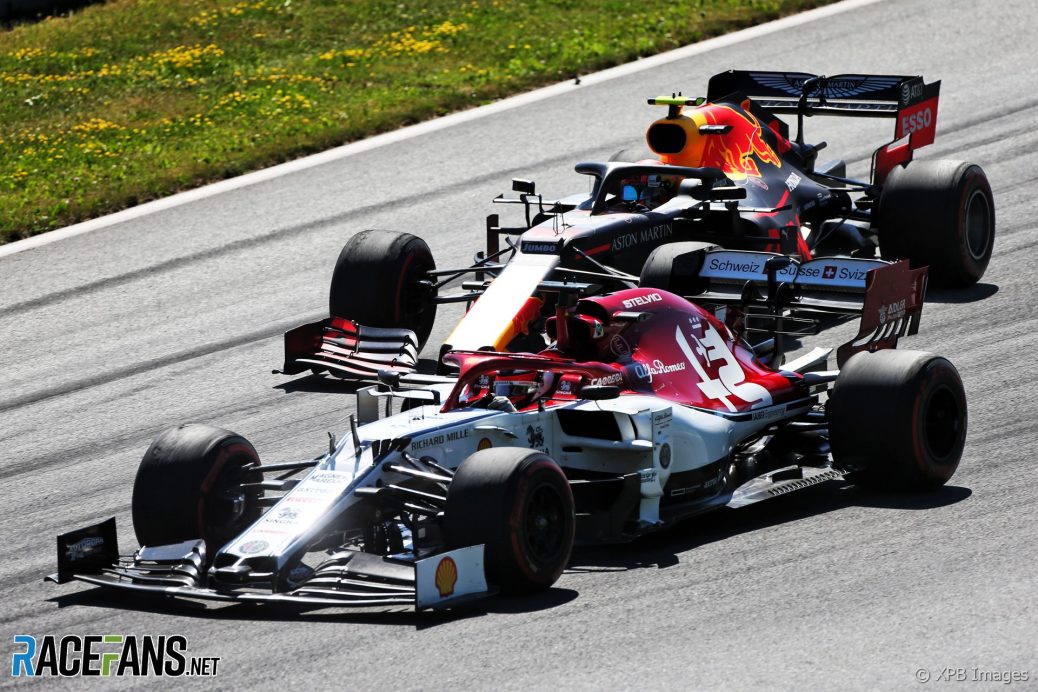 Kimi Raikkonen says it’s hard to tell how much of an effect the new front wing regulations introduced for the 2019 F1 season have had on the racing.
Kimi Raikkonen: “It’s never going to be easy to follow, that’s for sure.”
The gradual improvements in car performance have cancelled out some of the gains from the new wings, Raikkonen believes.
Kimi Raikkonen: “It’s hard to stop it.”
Raikkonen pointed out Nico Hulkenberg had been able to stay close to him for much of the French Grand Prix but seldom had a chance to attempt a pass.