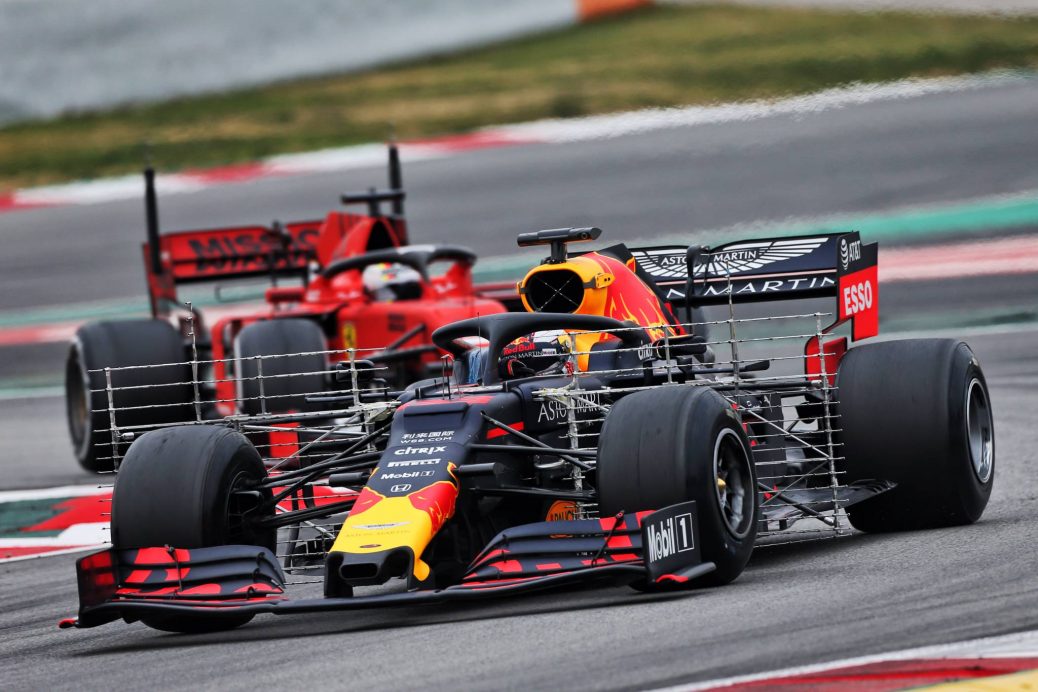 Kimi Raikkonen became the first non-Ferrari driver to head the times at the end of a Formula 1 pre-season test session so far in 2019.
The Alfa Romeo driver turned in the fastest time seen so far in testing on a 1m17.762s to move to the top of the timesheets in the final hour of running in the morning, taking over from former Ferrari teammate Sebastian Vettel.
Following Ferrari’s strong start to the opening test, Vettel led the way for much of the morning before the four-time world champion’s time was beaten by Raikkonen in the closing stages of the session, with the German finishing some six tenths down.