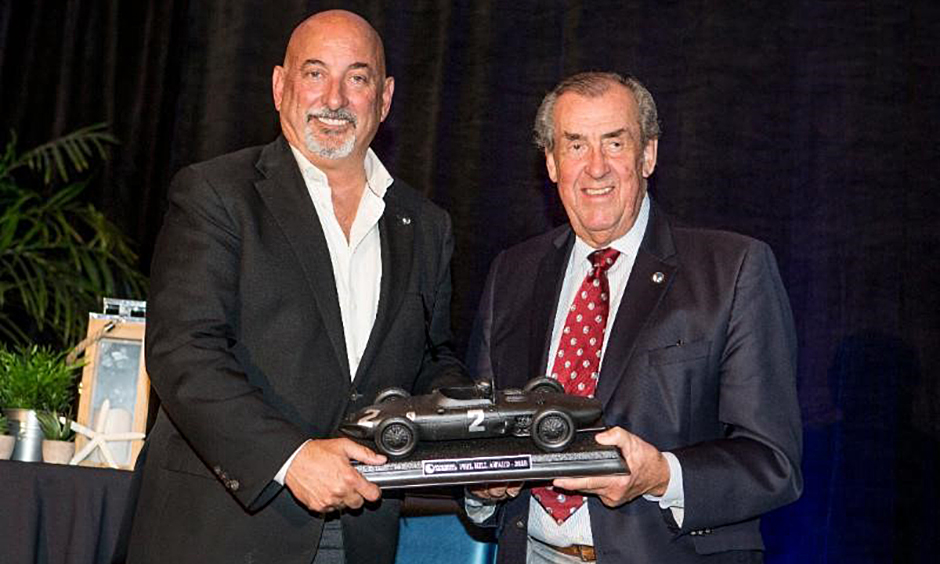 Daytona Beach, Florida – NTT IndyCar Series team co-owner Bobby Rahal received the Phil Hill Award on Wednesday night from the Road Racing Drivers Club during the club’s annual dinner before the start of the 57th Rolex 24 at Daytona.
Rahal, who won the Indianapolis 500 in 1986, co-owns Rahal Letterman Lanigan Racing.
Bobby Rahal: “Phil Hill was such an amazing guy, not just as a driver and as an ambassador, but a driver who has won in multiple disciplines.”
Rahal started 264 Indy car races for five teams (including his own), recording 24 victories and 18 pole positions.