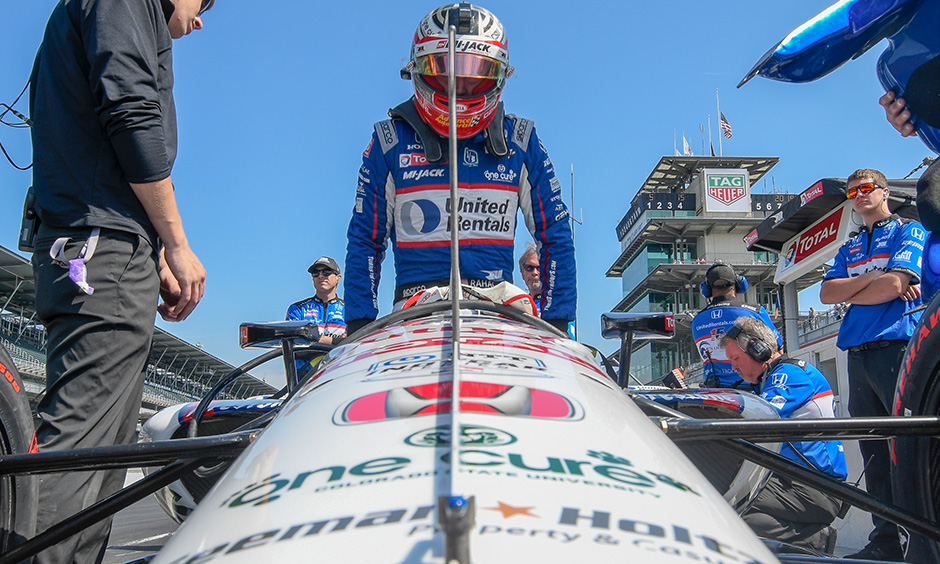 Graham Rahal, son of team co-owner and 1986 Indy 500 winner Bobby Rahal, believes the newfound assurance is a testament to work put in from everyone within the organization, includes the offseason addition of his race engineer, Allen McDonald, on the No. 15 United Rentals Honda.
It allowed Tom German to move from being Rahal’s engineer to the team’s technical director, while fellow veteran engineer Eddie Jones remains on the No. 30 Mi-Jack/Panasonic Honda driven by 2017 Indy 500 winner Takuma Sato (right).
“We’ve come here with a setup that was immediately more competitive,” said Rahal, who would make his 200th career Indy car start in the race on May 26.