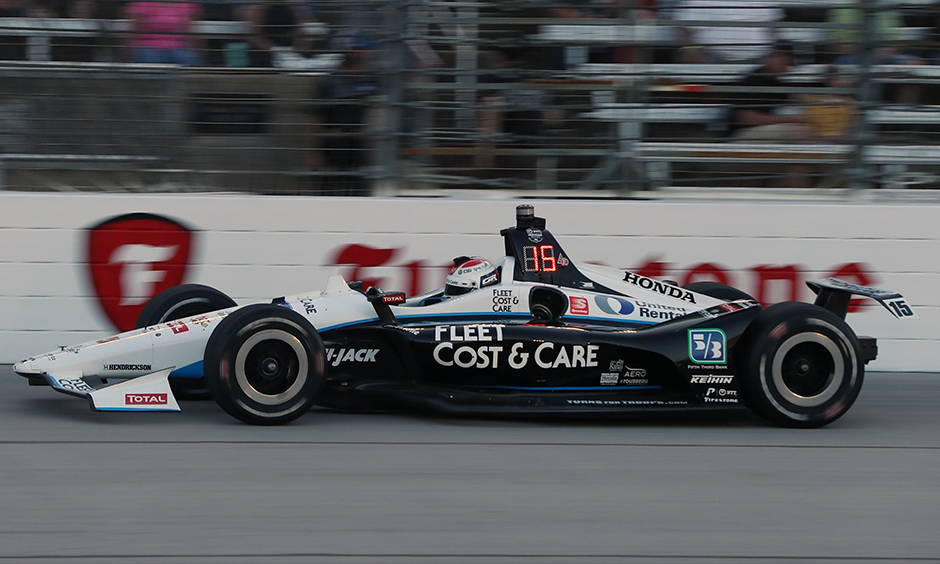 Rahal carries on for team at Texas following Sato incident

The night was slightly less adventurous for Rahal, who started ninth but ran a longer first stint than anyone to take the race lead on the lap when his teammate made the fateful pit stop.
I think at this point we feel like all year we’ve worked hard, we’ve been close, but we just haven’t been able to knock the door down,” Rahal said, also heaping praise on his race engineer, Allen McDonald (shown talking with Rahal), who joined RLL this season.