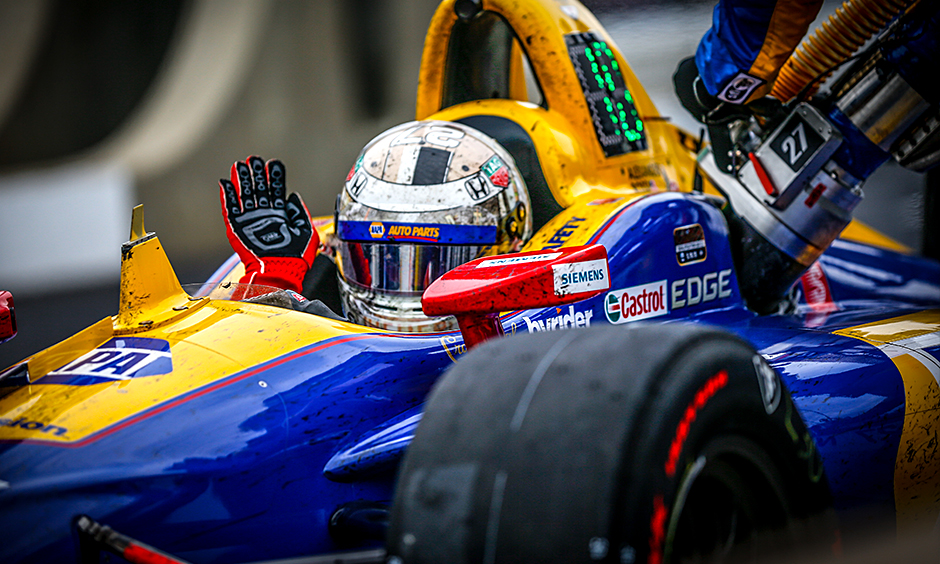 “Sorry, I couldn’t do anything,” Alexander Rossi told his Andretti Autosport crew over the radio after Simon Pagenaud beat him to the finish line by 0.2086 of a second to end a wild, back-and-forth duel.
“Once you’ve won this thing once, the desire to win just ramps up exponentially every year,” said Rossi, who won the Indy 500 as a rookie in 2016.
Edwards told Rossi over the radio on the cool-down lap that they would protest to INDYCAR officials that Pagenaud had blocked Rossi.