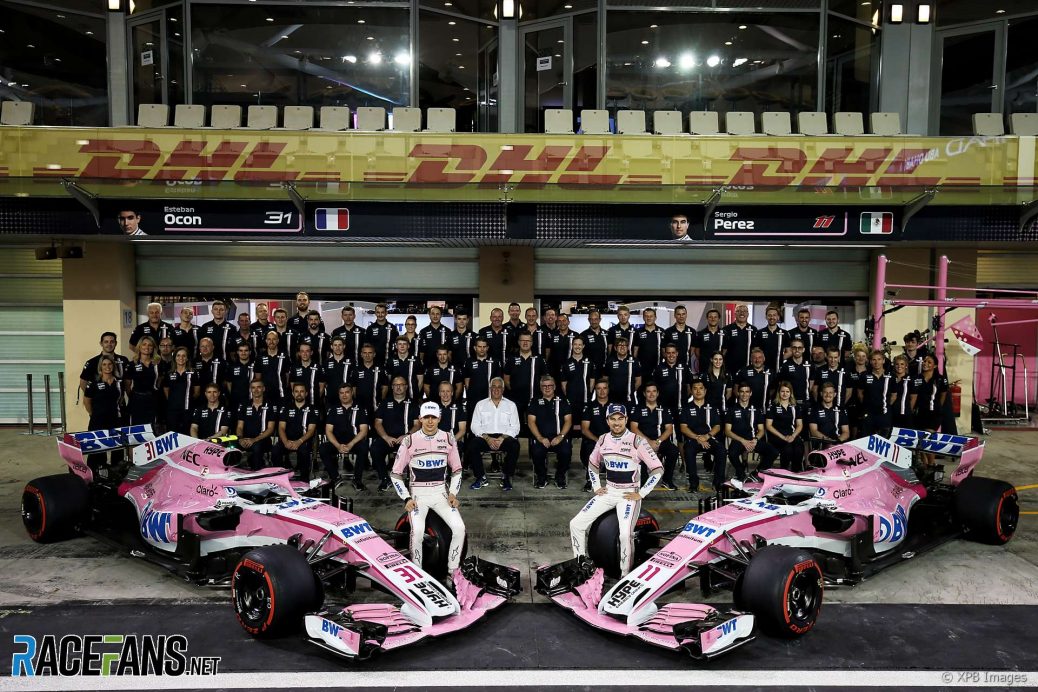 Racing Point – the team previously known as Force India – will hold a launch event for its 2019 F1 season in Canada.
“Our 2019 season will be launched on the 13th of February at the Canadian International AutoShow in Toronto,” the team announced on Twitter.
The official F1 entry list for 2019 indicated its name has changed from Force India to Racing Point, however the team’s management has indicated a further change of name is possible before the season begins.
It forfeited the 59 points it scored in the first 12 races of the season after it re-entered the championship following its change of ownership.