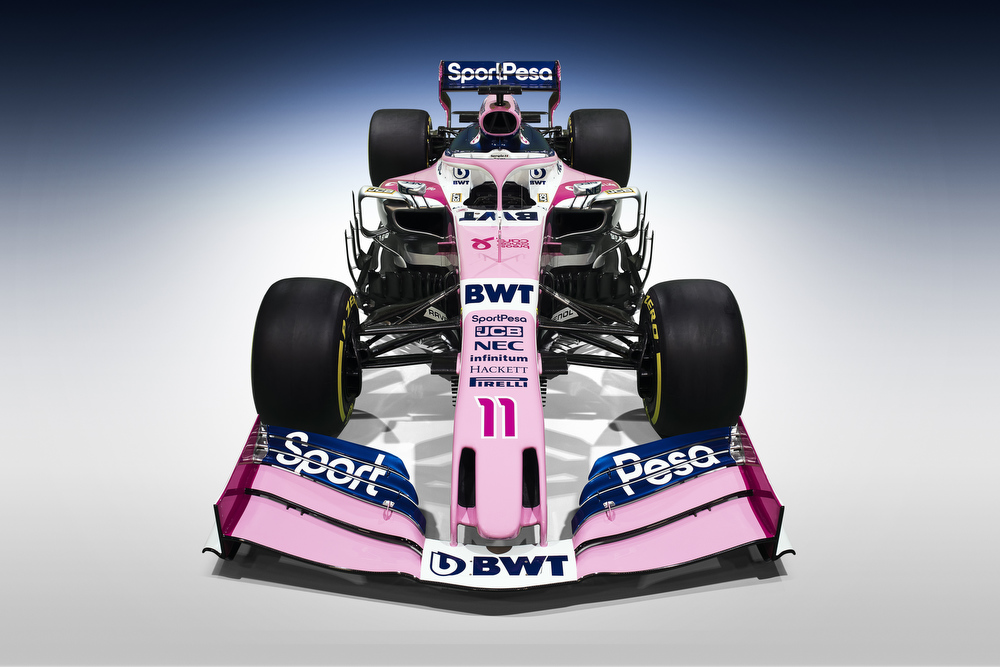 Racing Point officially unveils its new Formula 1 car in Toronto, Canada, ahead of the 2019 season.
Following the takeover of Force India last summer, the team has now been formally rebranded as Racing Point, with the launch marking its first official event.
The team also confirmed betting company SportsPesa as its new title sponsor, becoming SportsPesa Racing Point F1 Team.
After losing all of its constructors’ championship points as a result of its takeover and re-entry, the team recovered to seventh place in the standings, scoring 52 points in the final nine races.