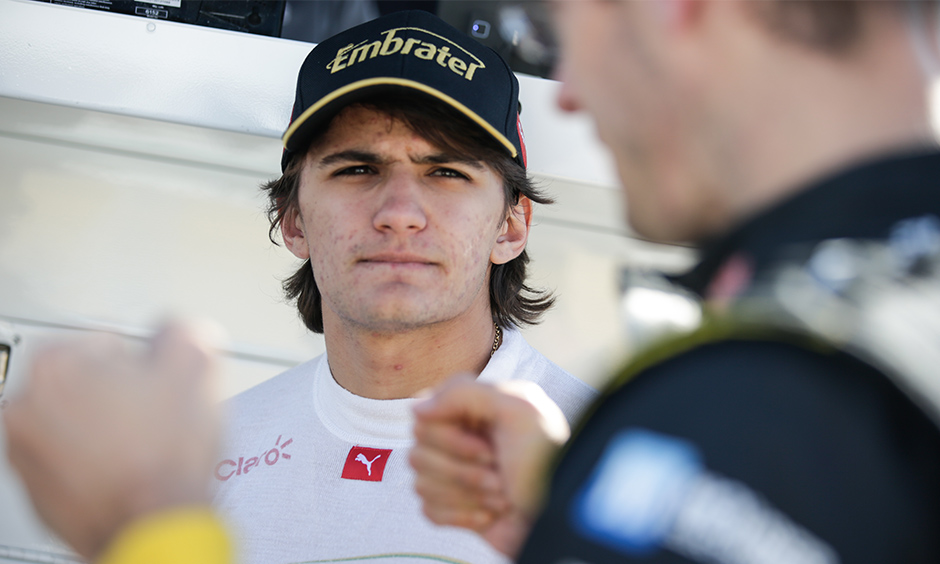 For a driver who has not competed in the Indianapolis 500 presented by Gainbridge, Pietro Fittipaldi sure knows his way around Indianapolis Motor Speedway. Fittipaldi broke both legs, with compound fractures. The day after surgery, doctors predicted he wouldn’t drive a race car for a year. Fittipaldi’s Indianapolis connections – his uncle, Emerson, twice won the “500” and the family tree includes 1995 runner-up Christian Fittipaldi and Max Papis – got him connected with noted Indianapolis orthopedic surgery specialist Dr. Terry Trammell, who brought him to the city. Trammell and the INDYCAR medical team helped design a carbon fiber brace that allowed Fittipaldi to drive quicker than expected. Fittipaldi’s return came during the July 27-29 weekend at the Mid-Ohio Sports Car Course, the first of five NTT INDYCAR SERIES races to end the season. Fittipaldi clearly wasn’t himself in those events, but he nonetheless made a strong impression. Fittipaldi maintains his role with Gene Haas’ F1 organization, but he has signed with Coyne to compete in four oval races for the upcoming season. Fittipaldi preferred a full-season opportunity, but this will do for now. “I’m a guy that races anything that has four wheels,” said Fittipaldi, who has been receiving tutelage from 2013 “500” winner and fellow Brazilian Tony Kanaan, INDYCAR’s 2004 champion. Fittipaldi couldn’t be more excited to return to INDYCAR, a series he would like to be in full time in 2022 if an opportunity presents itself.