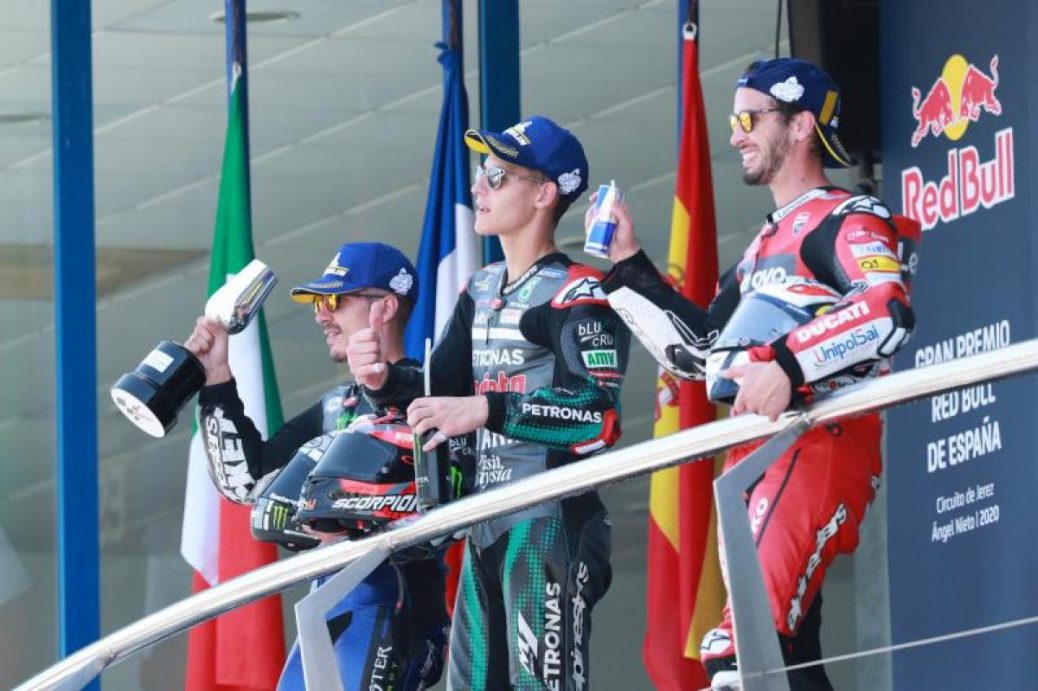 Race, race, repeat: Brno gets ready to shake things up

It’s been quite the start to the 2020 premier class season and a clean sweep for Fabio Quartararo (Petronas Yamaha SRT) so far, with the Frenchman on a maximum of 50/50 as we return to race in the Monster Energy Grand Prix České republiky. Added to the fact that five of the six places on the podiums in Jerez were filled by Iwata marque machinery, and Yamaha were 1-2-3 in the Brno test last year, which is the last time we were on track at the venue. They’ll be happy reading though Ducati’s recent record at Brno, as will Danilo Petrucci (Ducati Team), who is looking for some form after a tough first two races. He’ll be even more keen to conquer Brno too, as the Czech track was the scene of his huge crash in testing last season that sidelined him for two races.