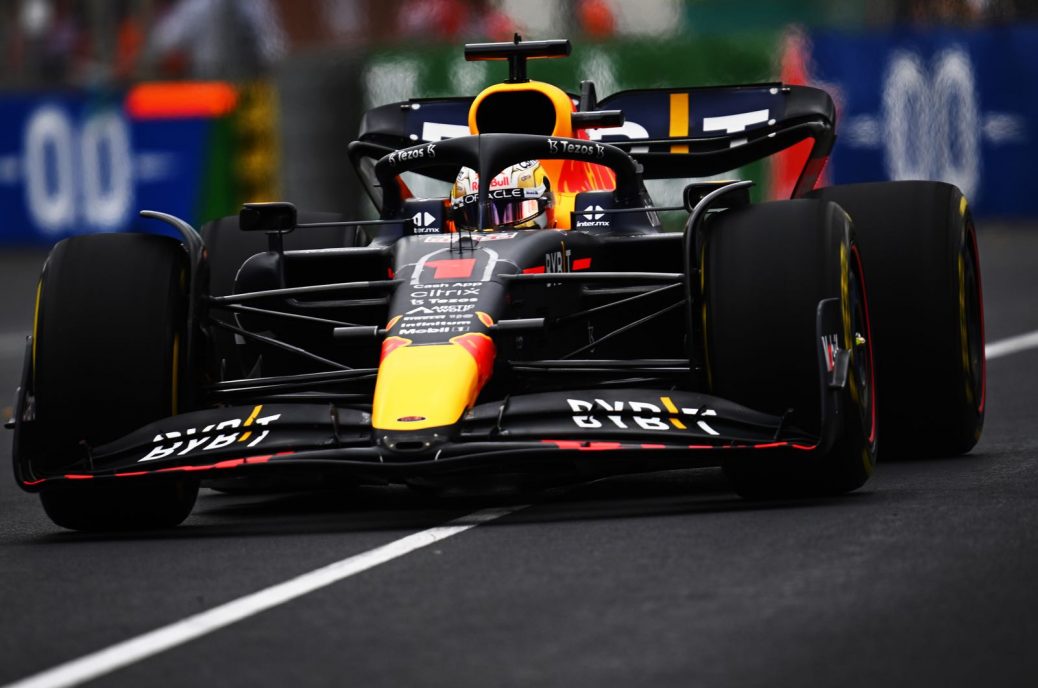 Max Verstappen in his Red Bull won the Canadian GP in Montreal, holding off a strong final stint from Carlos Sainz in the Ferrari, 0.993 seconds behind the winner. Verstappen in the Red Bull sits on pole, with Alonso in the Alpine alongside on the front row, Sainz in the Ferrari and Hamilton on row 2, Magnussen in the Haas and his team mate Schumacher on row 3, Ocon and Russell on row 4 and Ricciardo and Zhou rounding out the top ten qualifiers. At lap 15 Sainz leads Verstappen by 5.3 seconds, followed by Alonso (7.6s), Russell (12.2s), Hamilton (14.3s). The VSC period is over, Verstappen from Alonso, Sainz, Hamilton and Russell – Alonso yet to pit. At lap 25 Verstappen leads Sainz by 9.1 seconds, followed by Hamilton (12,8s), Alonso (17.4s), Russell (22.5s), Ocon (35.8s), Leclerc (36.6s), Bottas (41.1s), Stroll (43.2s) and Zhou (44.4s) in tenth. On lap 44 Verstappen pits from the lead for hard tyres, and he rejoins just behind Hamilton. Verstappen passes Hamilton for second, Hamilton pits for hard tyres and he rejoins fourth. On lap 50 under the Safety car, Verstappen leads from Sainz, Hamilton, Russell, Ocon, Alonso, Leclerc, Bottas, Vettel and Zhou in tenth.