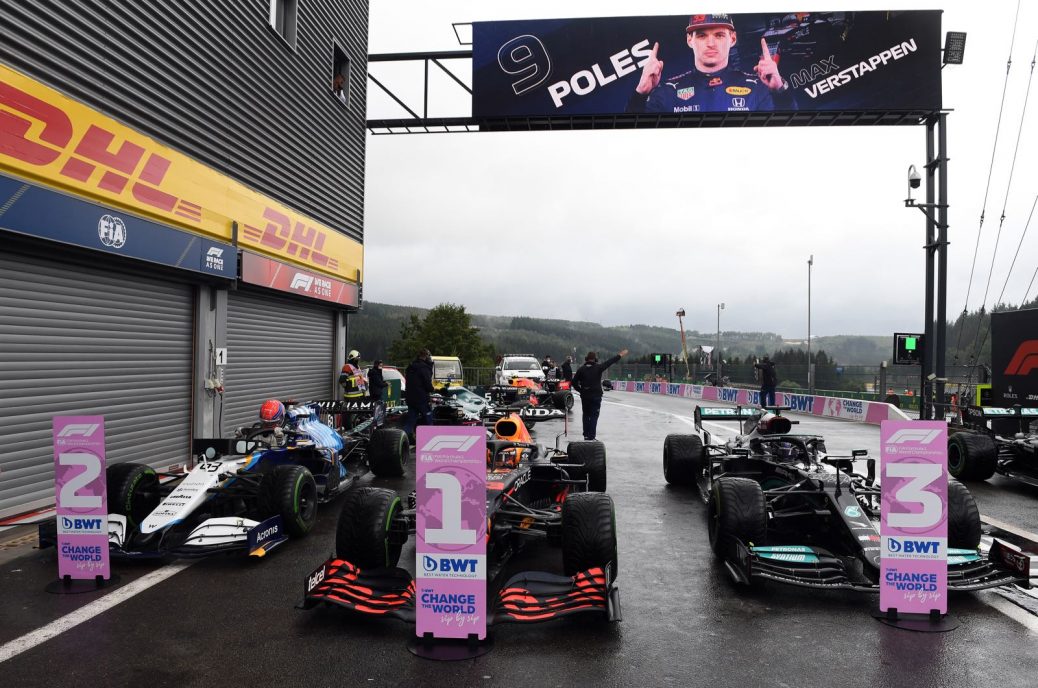 After taking pole position Saturday, rain defeated getting the Belgian GP running, and after two periods of running the field behind the safety car the race was called with finishers taking half points. The race start is delayed 10 minutes because of the rain and will be a rolling start. At 10 past the hour, the race was delayed a further ten minutes, then a further 5 minutes, to 25 minutes after the hour. With a 25 minute delay, the cars start rolling behind the safety car with limited visibility. Race control decides to suspend the start procedure and the field pulls into the pitlane with a red flag.