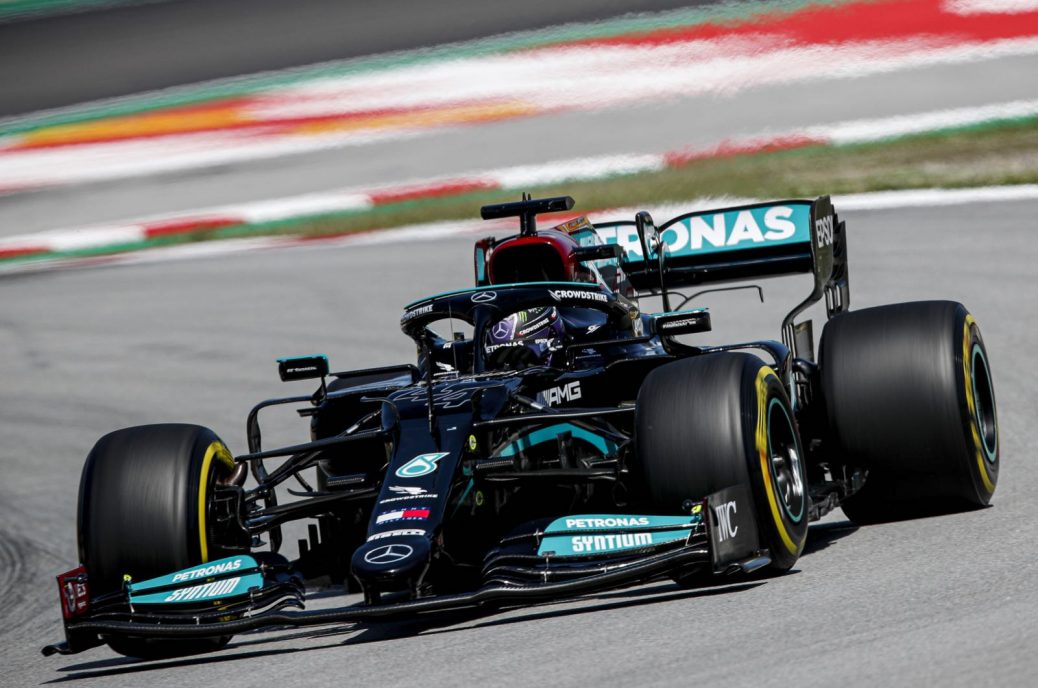 Lewis Hamilton won the Spanish GP in his Mercedes GP, 15.841 seconds ahead of Max Verstappen in his Red Bull-Honda, after Verstappen took the lead on the first lap and held the top position for 60 laps. On lap 4 Hamilton sets fast lap at 1m22.938s, and trails Verstappen by 1.4 seconds. On lap 19 Gasly pits for medium tyres and takes his 5-second penalty and rejoins 19th. On lap 29 Hamilton pits from the lead for medium tyres, and rejoins behind Verstappen. Verstappen leads Hamilton by 4.8 seconds, Hamilton’s tyres are about 5 laps fresher. Hamilton, with 20 laps to go, is 19.6 seconds behind the leader. On lap 54 Hamilton sets fast lap at 1m20.665s, and closes to 6.6 seconds behind Verstappen. On lap 60 Hamilton passes Verstappen for the lead into the first corner. Verstappen pits the next lap for soft tyres and remains in second place.