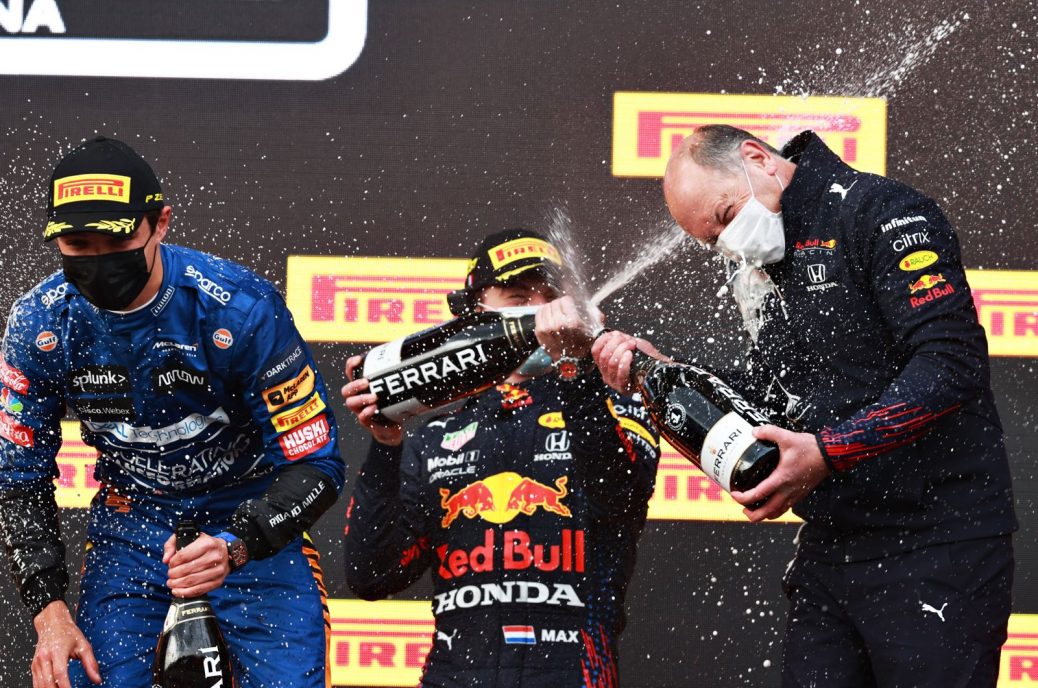 Max Verstappen stormed to victory in the Emilia Romagna Grand Prix, and Lewis Hamilton stormed from ninth to second place. Hamilton damaged the left-end front wing endplate on his car while fighting with Verstappen on the opening lap. By lap 27 the track was drying, so Verstappen pitted to switch from intermediate rain tires to slicks. “It was very challenging out there,” Verstappen said, “especially in the beginning. Hamilton came into the pits a lap later, so Verstappen was back in the lead. On that same lap 31 Hamilton slid off the track and nose into the barriers at the Tosa bend.