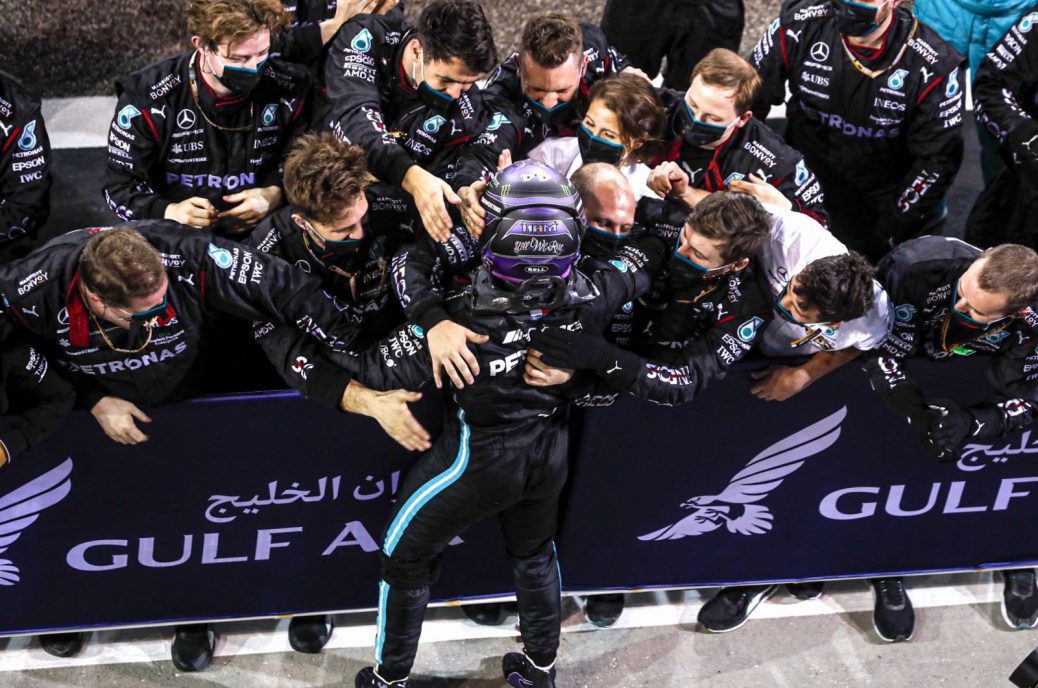 Race Analysis – Fight to the finish

Lewis Hamilton and Max Verstappen had a fight to the finish in the Bahrain Grand Prix that ended with Hamilton winning by less than a second. Verstappen got the 2021 Formula One season off to a right start when qualified on pole in his Red Bull. He got it going again but had to start the race from the pits. Verstappen grabbed the lead ahead of Hamilton, Leclerc, Bottas and Gasly when the red lights went out. Hamilton, in second place, pitted at the end of lap 15 to switch from the medium compound Pirelli tires to the hard compound. Verstappen stopped two laps later to swap from his mediums for another set of mediums. He kept it until he pitted for another set of hards at the end of lap 28. Verstappen led until he pitted at the end of lap 39 for the hard tires. Hamilton was in the lead on lap 40 by 7.6 seconds, but his tires were 10 laps older than Verstappen’s. Verstappen closed in, and on lap 50 the gap was down to 1.4 seconds. Hamilton ran wide in Turn 10 on the next lap, and the gap was now 0.08 of a second. Verstappen overtook Hamilton on lap 53, but he exceeded the track limits in doing so. Verstappen was unable to grab the lead in the final three laps.