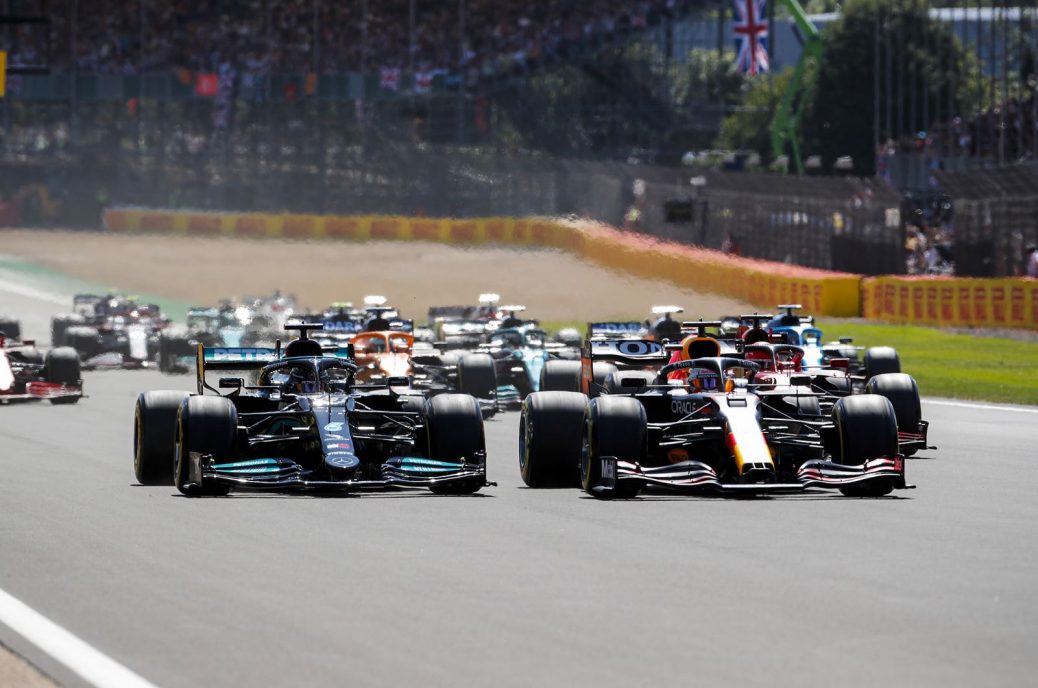 A tangle on lap two of the British Grand Prix sent Max Verstappen into the barriers and set up Lewis Hamilton’s victory in his home grand prox. As they went into Turn 1, the 180 mph (290 km/h) Copse Corner to start lap 2, Hamilton dived for the inside. Leclerc took the lead on the restart ahead of Hamilton, Norris, Bottas, Ricciardo and Carlos Sainz (Ferrari). The stewards decided that Hamilton was to blame, and they handed him a 10 second penalty, which he would have to serve on his pit stop. Hamilton pitted at the end of lap 27 to switch from the medium to the hard compound Pirelli tires. On lap 40 Bottas followed team orders and let Hamilton into second place. “Unfortunately, Lewis was just more competitive on the hards,” Leclerc said after finishing second. Hamilton went on to win the British Grand Prix for the eighth time.