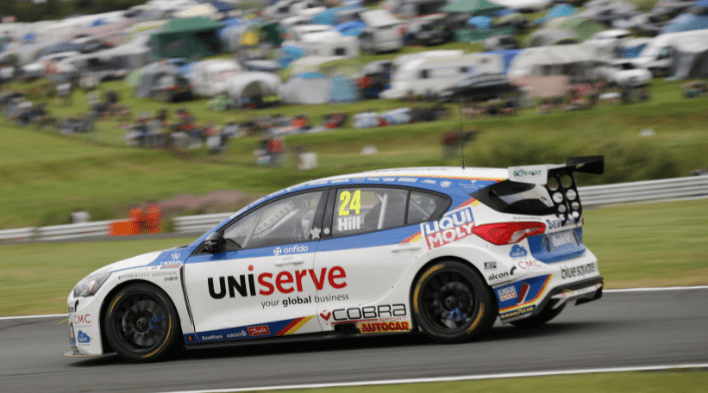 QUARTET OF POINTS-FINISHES FOR MB MOTORSPORT AT OULTON PARK

MB Motorsport accelerated by Blue Square put on a thrilling battle at Oulton Park, picking up a handful of strong points-finishes and victory in the Manufacturers’/Constructors’ Championship at the Cheshire circuit. A cloudy and overcast sky set the scene for the day’s racing with Jake Hill starting the first race of the day from seventh on the grid and Ollie Jackson in P17. Both Hill and Jackson made superb starts once again in race two, climbing to fourth and eighth respectively on the first lap. The final race of the day soon approached with Hill starting the race from sixth on the grid following the reverse-grid draw and Jackson down in 26th after his earlier retirement. Jackson, meanwhile, made his way up to 17th having climbed ten places from his starting position. On the Drivers’ table, Hill holds fourth place and Jackson 18th. “Overall, I’m happy with how the day went,” reflected Hill.