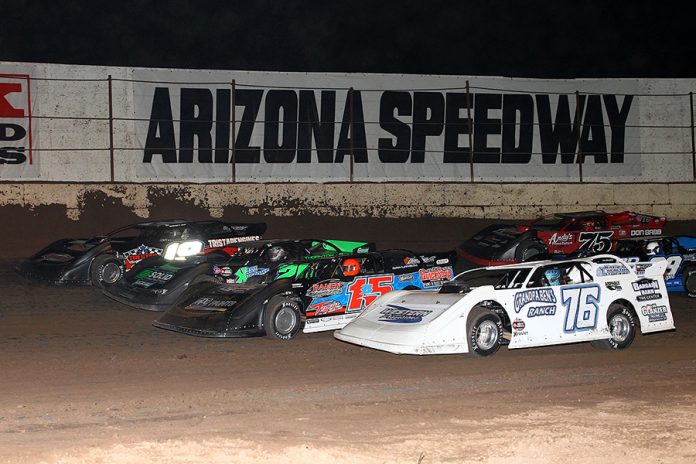 QUEEN CREEK, Ariz. — After seeing multiple drivers grabbing extra money from the Keyser Quarter-Million Challenge in previous years, the bonus incentive program will return for the 2021 edition of the Keyser Manufacturing Wild West Shootout presented by O’Reilly Auto Parts at FK Rod Ends Arizona Speedway. In 2019 Bobby Pierce became the first driver to ever win a portion of the Keyser Quarter-Million Challenge. The Illinois racer claimed a $10,000 check for winning three of the six events in that year’s Keyser Manufacturing Wild West Shootout. Each driver claimed three wins during the six-race miniseries to claim respective $10,000 bonuses. Bobby [Pierce] proved in 2019 that it was possible to win part of the bonus. “I’m looking forward to seeing if a driver can win an even bigger bonus in 2021.