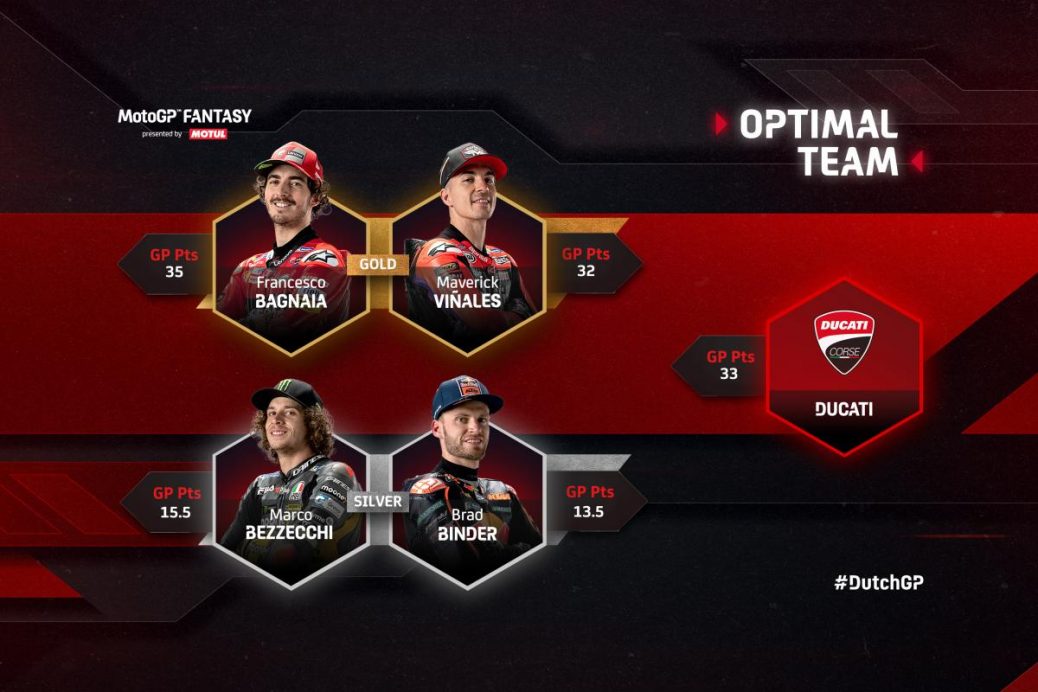 It’s been a busy few weeks for MotoGP™ Fantasy players and in Assen, there would have been plenty of mixed emotions as the second most popular rider in the game – Fabio Quartararo (Monster Energy Yamaha MotoGP™) – suffered his first DNF of the season. To add to some players’ misery, El Diablo was the most turbo-boosted rider at the Motul TT Assen – a day to forget, then, for some. However, 1,515 players decided to dump Pecco out of their teams for Assen, a decision that ultimately cost those unlucky few. Heading into the summer break, Pecco and Quartararo are – understandably – the most picked riders in the game.