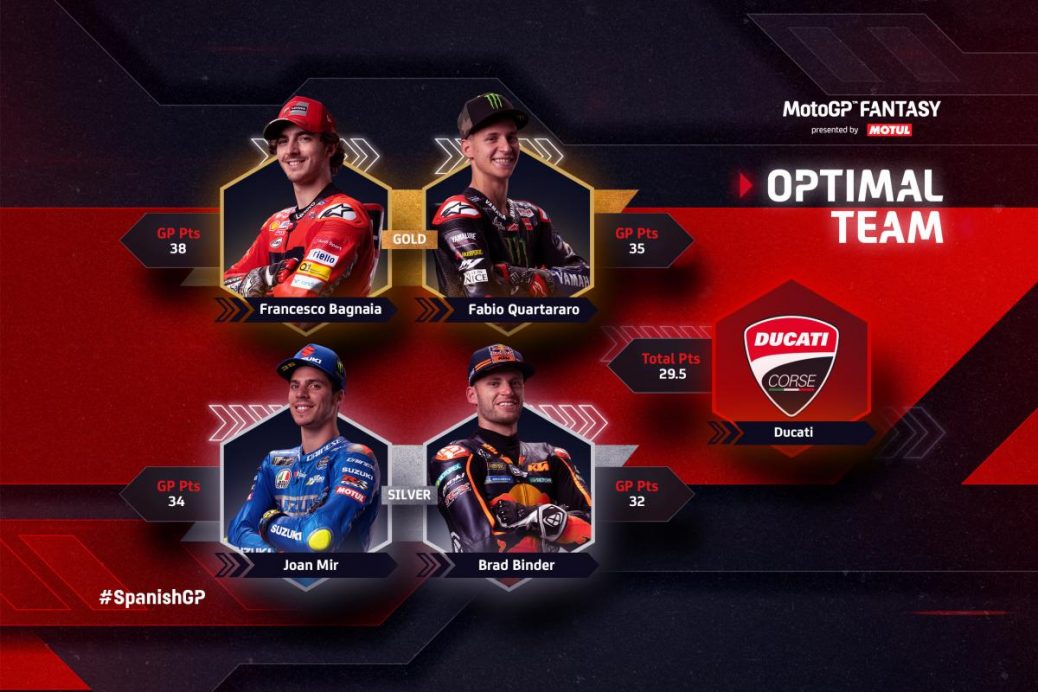 Round 3 of the 2021 MotoGP™ Championship went the way of Fabio Quartararo (Monster Energy Yamaha MotoGP) as the Frenchman put in another masterclass performance at the Algarve International Circuit. Rather unsurprisingly, El Diablo makes this week’s Dream Team thanks to an impressive haul of 35 points, earned through a combination of his P1 finishes in both the race and qualifying. For the second week running, the South African makes the Dream Team thanks to a haul of 32 points, leaving the top managers with plenty to ponder as he continues to perform on Sundays. The Suzuki man earned his first podium of the season as his title charge takes flight on the same weekend of Marc Marquez’ return. In total, the Dream Team had a collective total of 173.4 points between them, and a cost of 16.1 million.