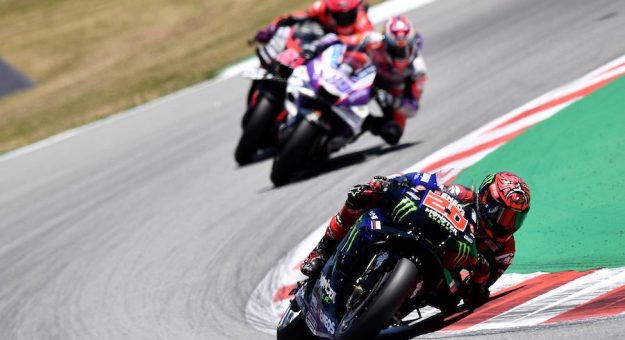 BARCELONA — Monster Energy Yamaha MotoGP’s Fabio Quartararo cruised to a nearly perfect victory in Sunday’s Monster Energy Catalan Grand Prix at the Circuit de Barcelona – Catalunya. Espargaro and Quartararo got away cleanly from the front row of the grid, with Francesco Bagnaia (Ducati Lenovo Team) aiming to settle in to third spot. From the delight of Mugello to the despair of Catalunya, Bagnaia’s title bid had taken a huge dent. Quartararo avoided the chaos to hit the front and quickly began stretching out a lead. Joan Mir was fourth for Suzuki, with Espargaro coming home fifth for Aprilia.