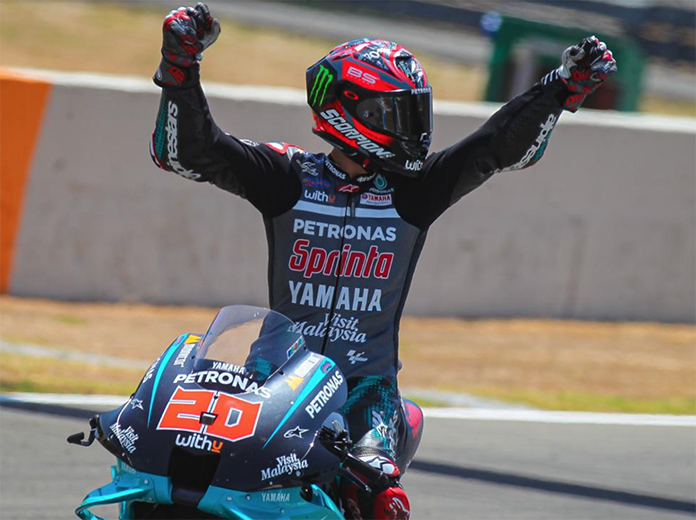 JEREZ DE LA FRONTERA, Spain – Fabio Quartararo earned his first MotoGP victory on Sunday, outclassing the field Circuito de Jerez-Ángel Nieto. At the front, Marquez quickly chased down Vinales and took the lead in turn four on lap two. In five laps Marquez went from 16th to 10th and was gaining ground on every lap. On lap 13 Marquez moved up to eighth while two laps later Quartararo stretched his lead to two seconds. With 10 laps left Marquez was a second faster than the third-place bike of Vinales. Marquez now had a podium in his sights as he battled Miller for third. With six laps to go the battle started and by turn two with five laps to go the battle was over, with Marquez now chasing Vinales for second.