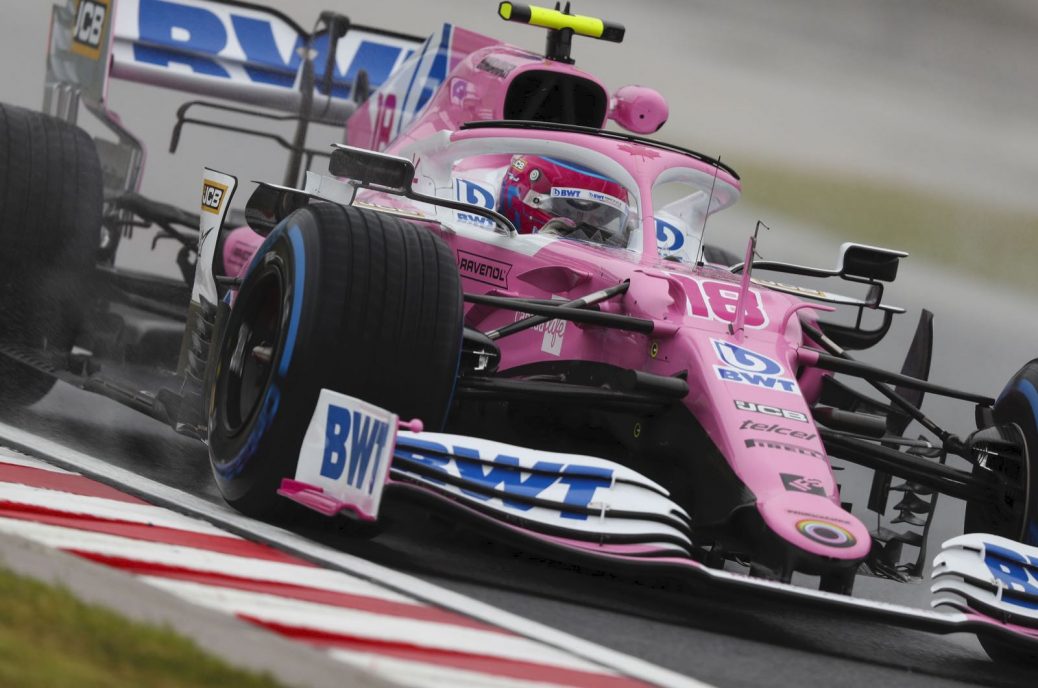 Lance Stroll earned his first ever Formula 1 pole in a wet and slippery and challenging qualifying session for the Turkish Grand Prix. Verstappen was fastest in the wet Free Practice 3 session earlier in the day with a time of 1:48.485. Verstappen and Norris were the first out on the wet track – it had rained earlier – for Q1 due to last 18 minutes. The order was Ocon, Bottas, Stroll, Hamilton, Perez, Norris, Magnussen, Albon, Kvyat, Raikkonen, Giovinazzi, Ricciardo, Vettel, Sainz and Verstappen. Verstappen was the first out, and he jumped from 15th to first. The five drivers who were eliminated at the end of Q1 were: Magnussen, Kvyat, Russell, Grosjean and Latifi. The fastest 15 drivers who moved on to Q2 were: Verstappen, Albon, Raikkonen, Vettel, Leclerc, Gasly, Ricciardo, Ocon, Bottas, Norris, Giovinazzi, Stroll, Sainz, Hamilton and Perez. Albon took the lead with his 2:00.026, but Verstappen beat that with his 1:57.125. The fastest 10 drivers who moved on to Q3 were: Verstappen, Albon, Hamilton, Stroll, Giovinazzi, Ocon, Bottas, Raikkonen, Perez and Ricciardo. Verstappen and Albon were at the head of the queue. Verstappen pitted for the intermediate tires as did other drivers. Albon, Ricciardo, Hamilton, Ocon, Raikkonen, Bottas and Giovinazzi rounded out the top 10.