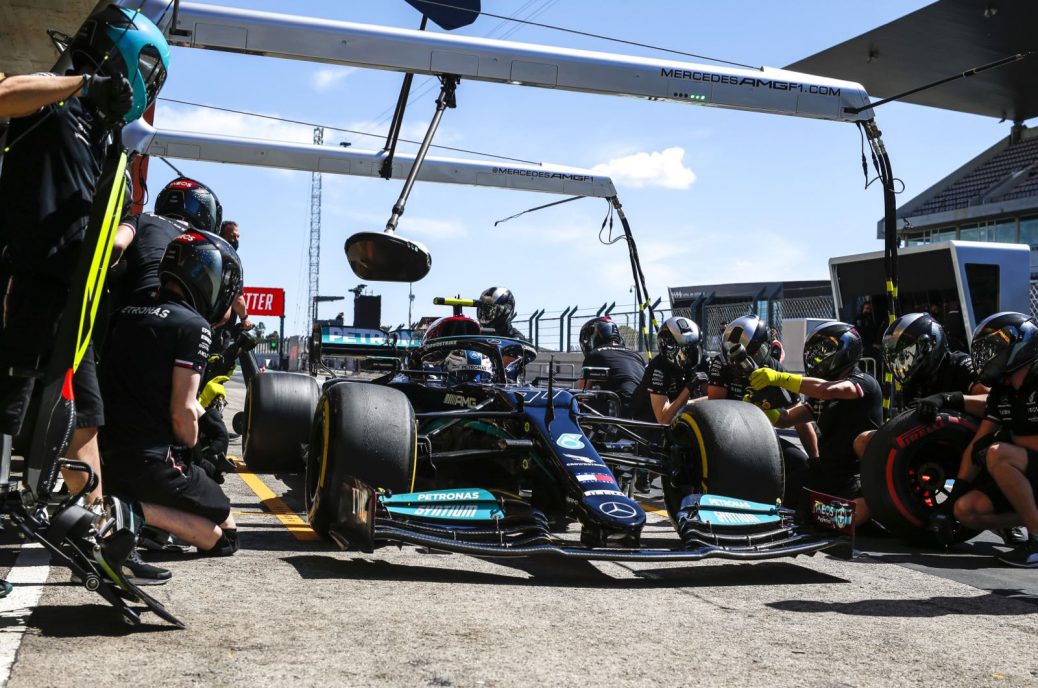 Lewis Hamilton could have earned the 100th pole position of his F1 career in qualifying for the Portuguese Grand Prix, but his Mercedes teammate Valtteri Bottas denied him that honor by taking the front spot. Sainz was the first of the top team drivers was Sainz who turned a 1:19.480. With five minutes to go 17 of the 20 drivers were on track. The five drivers who were eliminated at the end of Q1 were: Ricciardo, Stroll, Latifi, Schumacher and Mazepin. The fastest 15 drivers who moved on to Q2 were: Bottas, Norris, Hamilton, Ocon, Sainz, Perez, Leclerc, Vettel, Giovinazzi, Gasly, Verstappen, Tsunoda, Hamilton, Alonso, Raikkonen and Russell. Hamilton beat them both with a 1:17.968 as Bottas slotted into second while Norris grabbed third. The fastest 10 drivers who moved on to Q3 were: Hamilton, Bottas, Norris, Ocon, Verstappen, Leclerc, Sainz, Perez, Vettel and Gasly. Perez was third ahead of Sainz, Norris, Leclerc, Gasly, Ocon, Vettel and Verstappen. Hamilton was second ahead of Verstappen, Perez, Sainz, Ocon, Norris, Leclerc, Gasly and Vettel.