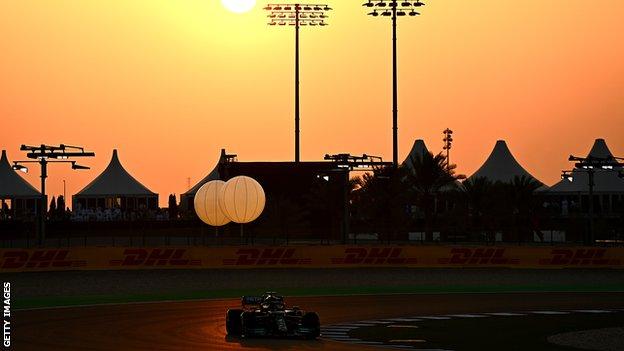 There was more provocation for Mercedes in Qatar, with the complaints from Red Bull about the legality of their car turned up a notch, if anything, even from Brazil. After that, Mercedes simply mirrored Red Bull’s strategy and Hamilton managed his pace to keep Verstappen about eight seconds back for the rest of the race. But the Mercedes wing – the same one they used in Brazil, they say, unchanged – passed it easily. Red Bull have tried to repair it each time, but in Qatar they took that wing off the car and ran one of a different design, which produces more downforce. The wing that ended up on the Red Bull is their maximum-downforce wing, the one used at Monaco and Mexico.