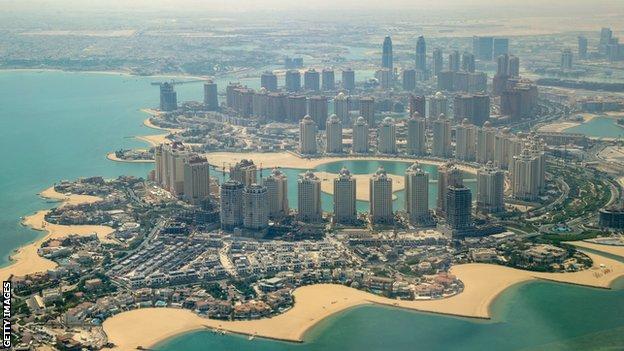 Qatar will make its debut on the Formula 1 calendar with a race in November and has signed a 10-year deal to host a Grand Prix from 2023. Qatar will not host an F1 race in 2022 to focus on staging the Fifa World Cup. It joins the long-standing races in Bahrain and Abu Dhabi, and Saudi Arabia, which makes its debut this year as the 2021 season’s penultimate race on 3-5 December. And it will make for three races in the region to end this year’s world championship, with Qatar followed by Saudi Arabia and then the season-finale in Abu Dhabi on 10-12 December. This year’s Qatar Grand Prix will be a floodlit night race starting at 18:00 local time.