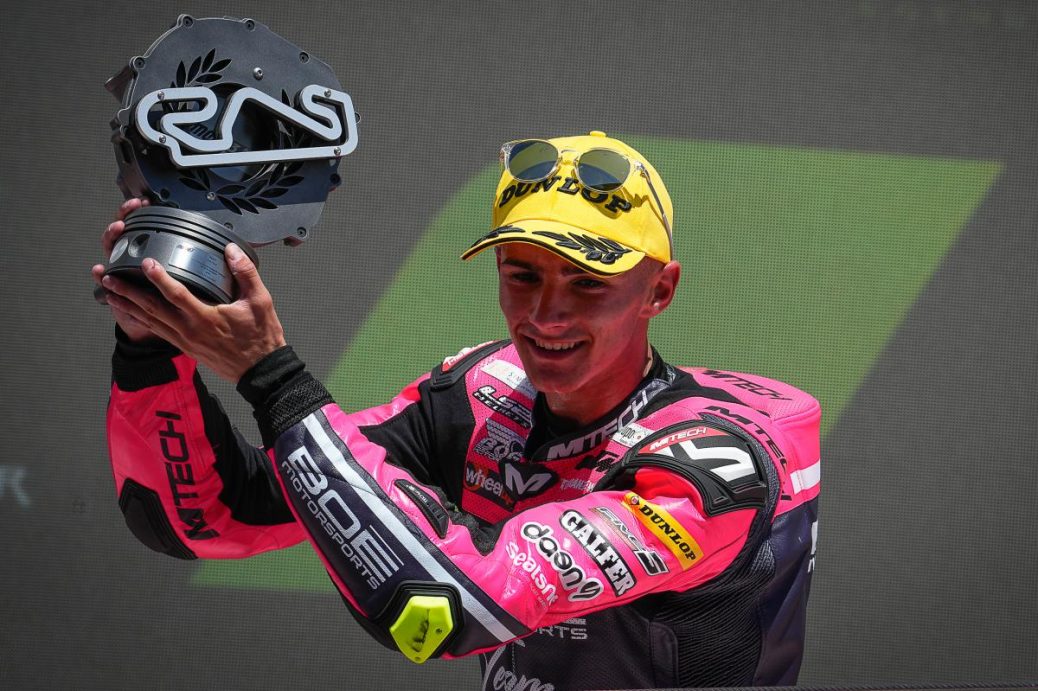 On Sunday at the Monster Energy Catalan Grand Prix, a new World Championship star was born. That star is David Muñoz (BOE Motorsports) after the young Spaniard claimed a phenomenal second place, in just his second Grand Prix start, from 20th on the grid. Muñoz’s rise to Grands Prix was an impressive one in both the now called JuniorGP™ World Championship and Red Bull MotoGP™ Rookies Cup. The Mallorcan was joined on the podium by the sensational 16-year-old David Muñoz who clinched second in only second Grand Prix. He’s looking for his 4th podium in a row later on today!