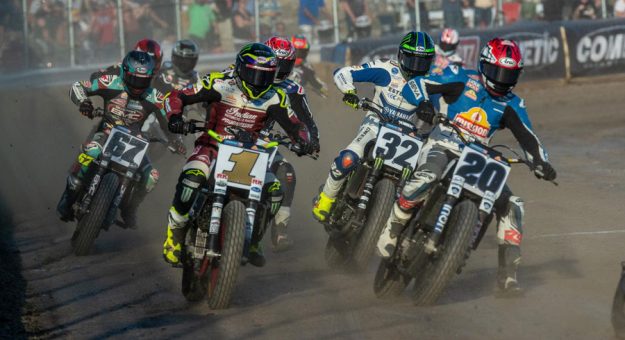 DAYTONA BEACH, Fla. — The Progressive American Flat Track tour will arrive at one of its most challenging and revered events this weekend with the Mission Lima Half-Mile in Ohio on Saturday, June 25. The current points leader has reigned supreme at the Lima Half-Mile on five separate occasions, dating back to his very first premier-class victory in 2005. It wasn’t his first win at Lima, as Bauman actually earned his first win aboard a twin-cylinder at the track back in 2017. While Texter and Janisch have separated themselves from the pack in the points race, there have been five different winners in just six races. One rider still looking for their first victory this season is last year’s Lima Half-Mile winner Johnny Lewis. A return to Lima could be exactly what’s needed to get the program back on track. Fortunately for them, both riders were podium performers at Lima a year ago.