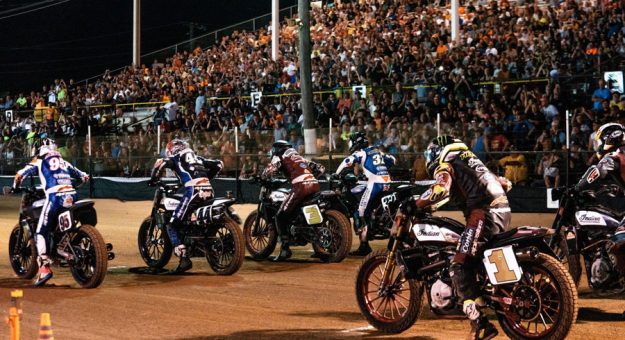 DAYTONA BEACH, Fla. — Progressive American Flat is destined to deliver fireworks at the Mission New York Short Track as the series arrives at Weedsport Speedway for an Independence Day weekend showdown on July 2. It’s been an explosive season in the Mission SuperTwins class with renewed parity and unpredictability. Having been a past winner at Weedsport, Bauman is determined to be a top contender this weekend. There’s also last weekend’s winner Brandon Robinson to consider. Sammy Halbert will be making one of his select appearances this season at Weedsport. Mischler’s teammate, Dalton Gauthier, is ranked third and also stands as a former winner of the New York Short Track.