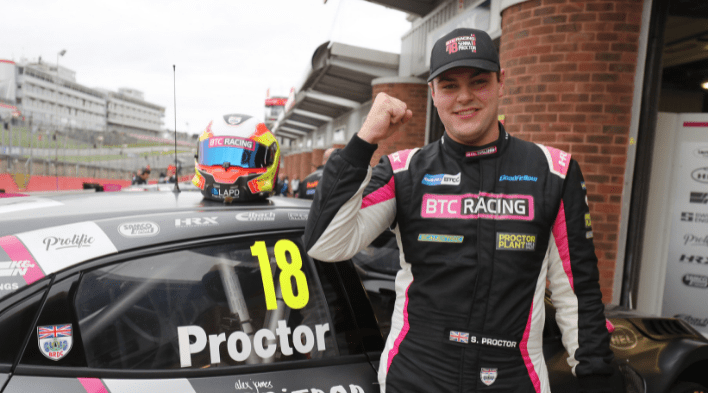 Senna Proctor snatched pole position from team-mate Josh Cook, as BTC Racing secured a front-row lockout in the final qualifying session of the 2021 Kwik Fit British Touring Car Championship at Brands Hatch today (23 October). Senna Proctor said: “It was a tough session that one. “The car’s been quick – the BTC Racing FK8 is unreal. My tyre prep was a little better the second time around and we got the lap in!. Daniel Rowbottom said: “It’s a great result for the team. I got blocked for a significant distance around what could have been a very good lap. But that’s touring car racing for you – roll on tomorrow.”. Then on run two I got a nice tow off Stephen [Jelley] and found an extra bit of lap time. 2021 Kwik Fit British Touring Car Championship – Qualifying – Brands Hatch GP.