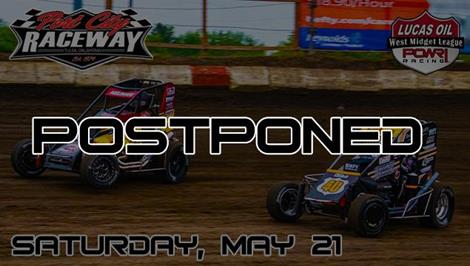 (5/17/22) Due to the current tire-shortage market and rising fuel prices, Lucas Oil POWRi West Midget League presented by Realty Connect officials have postponed the scheduled league appearance at Port City Raceway on Saturday, May 21st, regular Port City Raceway weekly races will go forward as originally planned. “With gas prices high, tire supply low, and lower than expected car count, we wanted to make the right decision for everyone involved including our competitors, Port City Raceway, and the fans,” said Paul Atkins POWRi West Midget League Series Director. Future dates for rescheduling are currently under review by both POWRi West and Port City Raceway with the details under review and will be announced once confirmed.