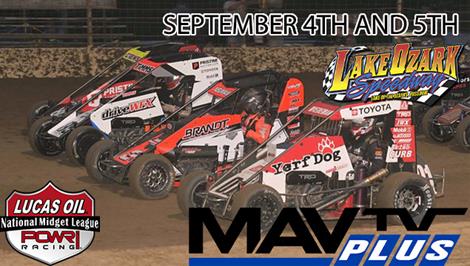 (08/30/2021) With twenty-one races under the Lucas Oil POWRi National Midget League banner this season, the series is buckling down and getting ready for the two-day show at Lake Ozark Speedway Saturday, September 4th and Sunday, September 5th. As the season is winding down the Championship Points battle is heating up. Less than 1000 points separate the top four from each other with only eleven races left on the schedule. A rookie and Points leader, Bryant Wiedeman sits atop the charts and leads season points heading into this weekend. Wiedeman has stayed consistent throughout the 2021 season with 11 top five finishes, and 19 top ten. 86, sits only 150 points back from Wiedeman for the points battle. 85T and has earned himself one win, five top five and 13 top ten finishes this season with the POWRi series. Timms sits back only 840 points from Wiedeman in the Points Championship battle.