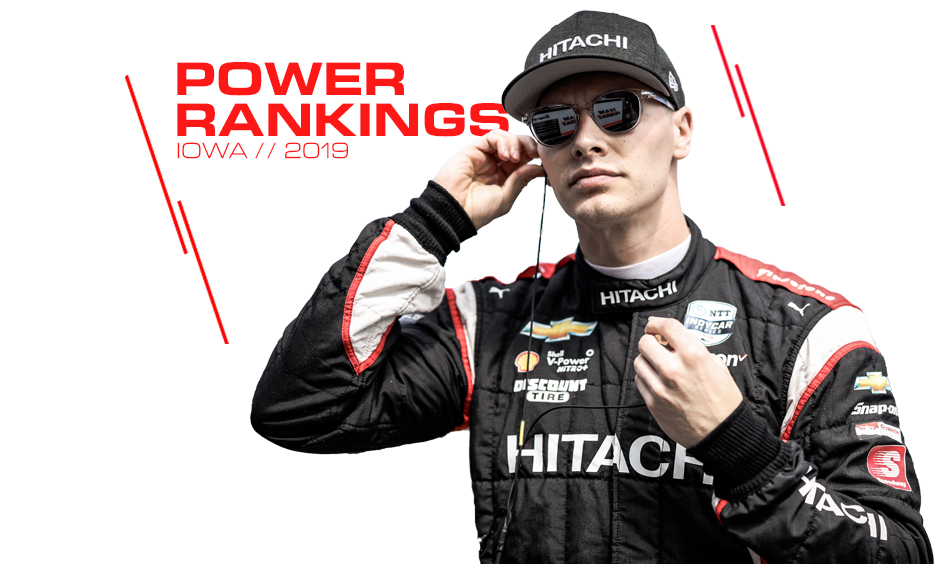 So, following Iowa and heading to Mid-Ohio Sports Car Course, here’s a look at the top NTT IndyCar Series drivers:.
The Team Penske driver has a pair wins in the last four races and his dominating drive at Iowa vaults him past both previous No. 1 Alexander Rossi and No. 2 Simon Pagenaud.
Hinchcliffe has top-seven finishes in his last three races and at fourth in the rankings only trails the three most-recent race winners – Newgarden, Pagenaud and Rossi – in consistency.
Simon Pagenaud (Last Rating: 2) – The Iowa pole sitter wasn’t a factor in the race, but he still finished fourth and stays in NTT IndyCar Series Championship contention.