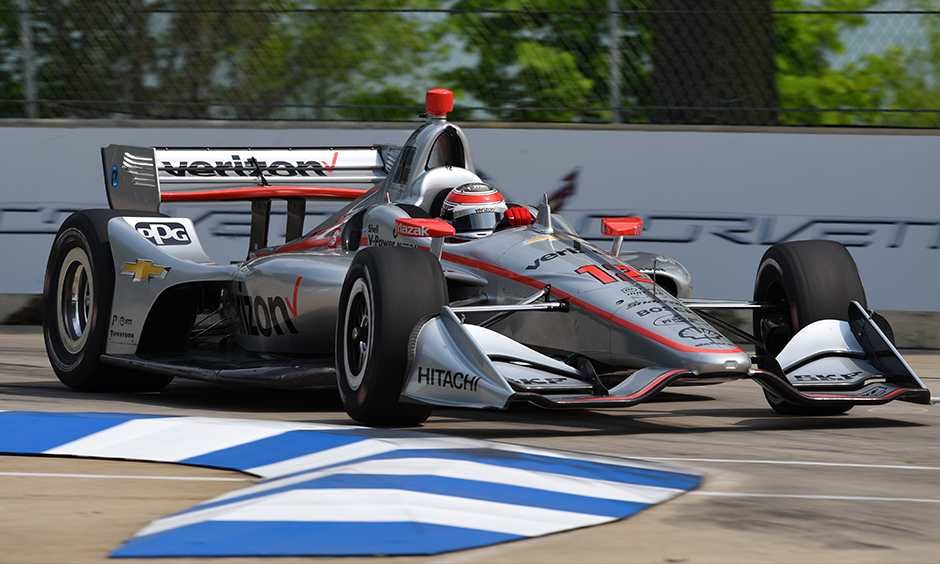 Such was Will Power’s fortune Sunday in the second race of the Chevrolet Detroit Grand Prix presented by Lear doubleheader, the eighth race of the 2019 NTT IndyCar Series season.
Power worked his way to 11th place by Lap 43 of 70 on the Belle Isle Park 2.35-mile temporary street course, then cycled up to lead three laps while those ahead of him made pit stops.
Following his own lightning-quick stop on Lap 49, Power returned to the race in fourth place.
“I tried to get the best restart possible,” said Power.
“We need to win a race or two here,” said Power.