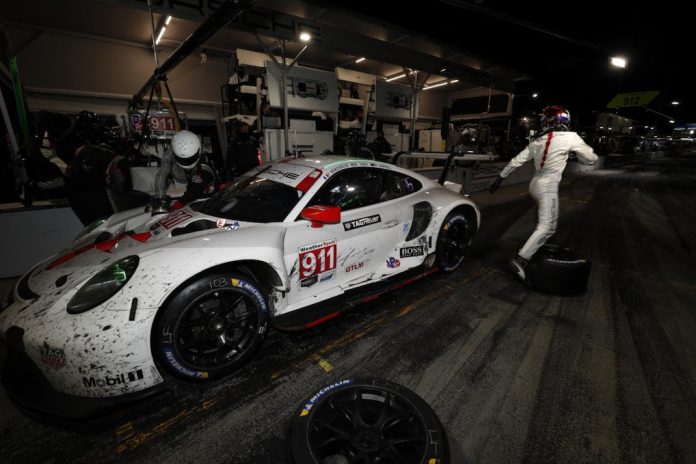 BRASELTON, Ga. — The dark cloud that has hung over a pair of GT entries in the IMSA WeatherTech SportsCar Championship season lifted under the lights Saturday night at Michelin Raceway Road Atlanta. It delivered the first Motul Petit Le Mans triumph for him and Campbell, and the fourth in the iconic race for Tandy. “Petit Le Mans is one of the big races during the season, you really want to get it,” said Makowiecki. “It’s my first time to Petit, first time being part of this race and first time being part of Fred and Nick,” Campbell said. Back in the car for the finish, Westphal made the decisive pass for the lead with just more than an hour to go. “This is one of the most difficult races in the world, even though it’s ‘only’ 10 hours,” he said.